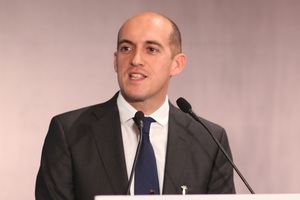 The Wireless Broadband Alliance (WBA) has announced that Telecom Infra Project (TIP), an initiative focused on accelerating the pace of innovation in the telecom industry worldwide, has adopted the WBA OpenRoaming standard for its soon-to-be-launched OpenWiFi initiative.

TIP’s adoption of WBA OpenRoaming will accelerate the adoption of the standard, which will allow users to securely roam from location to location without the need for logins, registrations or passwords.

OpenWiFi, which will be officially launched at a dedicated online event on 12th May, aims to reimagine the way Wi-Fi networks are built and deployed. The project will leverage open-source development and automated testing to allow Wi-Fi service providers to confidently deploy access points, cloud controllers and smart analytics from different vendors.

The vision for the WBA OpenRoaming Wi-Fi roaming standard is that the world will become a single, giant Wi-Fi network, allowing billions of people and their devices to connect automatically and securely to millions of Wi-Fi networks around the world.

The standard was introduced in early 2020 and has high-profile backers including AT&T, Boingo, Broadcom, Cisco, Commscope, Deutsche Telekom, Facebook, Google, Intel, Net Experience and Samsung. A cross-industry survey announced in November 2020 showed that 79% of organisations planned to adopt OpenRoaming.

“WBA OpenRoaming is a strong complement to OpenWiFi as both projects are designed to remove barriers to connectivity,” says Tiago Rodrigues, CEO of Wireless Broadband Alliance. “The WBA and TIP are both envisioning a world, hopefully not too far away, where digital connectivity becomes simpler and more streamlined for the entire ecosystem of communications service providers, OEMs, enterprises and consumers. We hope that the global technology and communications industry will join us on May 12th to hear more about OpenWiFi and the role of WBA OpenRoaming within it.”

“The WBA’s collaboration with TIP has been key to the community’s development of “out-of-the-box” support for OpenRoaming on OpenWiFi. OpenRoaming benefits service providers and network users alike, extending cellular connectivity onto Wi-Fi networks, while providing a seamless network roaming experience for people,” adds David Hutton, chief engineer of TIP.