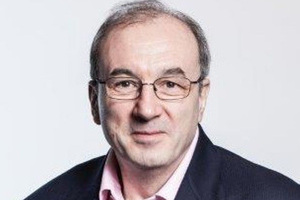 Syniverse, has announced that Andrew Davies has been appointed as chief executive officer, effective immediately. Davies has served as Syniverse’s chief financial and administrative officer since June 2020.

Prior to joining Syniverse, he was chief financial officer of Sprint Corporation.  The company also announced that chief transformation officer Simeon Irvine has been appointed as chief financial officer, also effective immediately. James Attwood will relinquish his executive responsibilities and will resume his prior role as chairman of the board of directors.

“Throughout his long career in the industry, Andrew has distinguished himself as an effective, inspiring and forward-thinking leader characteristics that have been on full display since he joined Syniverse and give us great confidence in making him the company’s CEO,” says Attwood.

“Simeon has brought tremendous industry knowledge and financial expertise to our executive team and has been integral in our transformation efforts in recent years. Together, Andrew and Simeon’s deep technology and telecommunications expertise and passion for continued innovation make them ideal leaders for Syniverse as the company approaches its next phase of accelerated growth. I look forward to supporting them and the entire team on the exciting road ahead,” he adds.

Commenting on the announcement, Andrew Davies says, “For over three decades, Syniverse has been a trusted partner and innovator in communications infrastructure, but I firmly believe the company’s next chapter will be its most dynamic and impressive yet.

I’m looking forward to continuing to work with our incredible team to continue Syniverse’s strong momentum, capitalise on the next wave of growth in mobile communications and further magnify our position at the centre of the connected world.”

Simeon Irvine comments, “I’m delighted to take on this exciting new role at such a pivotal time for the company. I am eager to leverage my deep financial and industry experience to help Syniverse continue to execute on its growth strategy and capitalise on its strengthened financial position to deliver innovative software and services to customers in every corner of the globe.”

Prior to joining Syniverse as CFAO in June 2020, Davies served as the CFO of Sprint Corporation from July 2018 until the closing of its merger with T-Mobile USA. Before that, he spent four years serving as group CFO for Amsterdam based VEON.

Prior to joining VEON, Davies spent more than a decade with Vodafone Group holding various financial leadership positions in Japan, Turkey, and India, before being named CFO of Verizon Wireless in the U.S., which at the time was a joint venture between Vodafone and Verizon Communications.

He started his career with KPMG in Wales before serving in elevated senior finance roles with GE, Honeywell, and the Caudwell Group in both the U.K. and the U.S.  Andrew Davies graduated with an honours degree in mathematics from London’s Imperial College of Science, Technology and Medicine, is an associate of the Royal College of Science and is a fellow of the Institute of Chartered Accountants in England and Wales.

Prior to joining Syniverse as chief transformation officer in April 2019, Simeon Irvine served as chief financial officer, global sales & strategic sales engagement for Atos. Previously, he was CFO of the Unify division of Atos. Prior to his time with Unify, he held various senior executive positions at Cable Wireless Communications, including serving as CEO of the wholesale solutions business.

Earlier in his career, Irvine held senior roles at T-Mobile and Rolls-Royce. He started his career at Ernst & Young, where he spent 10 years. Simeon Irvine earned a Bachelor of Science in molecular biology and biochemistry from Durham University.

Syniverse says it aims to “revolutionise how businesses connect, engage, and exchange with their customers”. Each year, the company processes more than US$35 billion (€29.42 billion) in transactions.