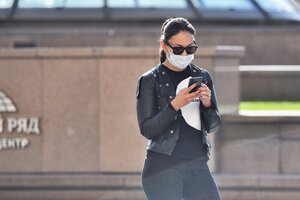 In 2020, Moscow residents and visitors linked to the city Wi-Fi network more than 130 million times. The most popular sites for connecting to the city network were at Manezhnaya, Pushkinskaya, Arbatskaya, Khitrovskaya and Tverskaya Zastava squares, in Vozdvizhenka, Maroseika, Okhotny Ryad streets and other places in central Moscow.

“People linked up to the city Wi-Fi network this year almost eight million times more often than in 2019. This is largely attributed to a broadening of the area of the city with Wi-Fi availability and the appearance of new hotspots over a thousand new Wi-Fi access points became available in the city’s public areas.

The link-up peak was in the summer; and during the year people used about 15 million Gigabytes of traffic, which is comparable to downloading approximately 7.4 million movies,” says Alexander Kharitonov, head of the City Wi-Fi product of the Moscow Information Technology Department.

How Wi-Fi changed over a year

More than a thousand new hotspots appeared in Moscow in 2020, over 400 within the Garden Ring and the Third Ring Road, and others at the renovated Northern River Station, in the three dormitory buildings of the Russian Medical Academy of ongoing professional training as well as in community centres and other municipal agencies.

This year the throughput capacity of communication channels was doubled in the dormitories of 23 universities, including the Peoples’ Friendship University of Russia, the Russian University of Transport, Pushkin State Russian Language Institute, Moscow State Technological University STANKIN and others. As a result, the speed of the wireless network has increased, which is especially relevant for distance learning.

The signal power and the capacity of the wireless internet connection have also been increased in Fili Park and Wi-Fi signal has been restored at Yekaterinisky Park. The mos.ru will show you where Wi-Fi access is available just zoom in the park or street you want. The work on expanding the city Wi-Fi network continues. The total number of access points will exceed 20,500 by early 2021.

You can use Wi-Fi outdoor; there are more than 3,500 hotspots within the Garden Ring and locally within the Third Ring Road. It is also possible to connect to Wi-Fi in institutions of culture and arts, which have 3,900 hotspots, and in 42 Moscow parks. The city network covers 162 dormitory buildings of 32 universities, where the total number of access points is more than 11,600.

The shared Moscow Wi-Fi space appeared with the establishment of a single network operator. It makes it possible to switch from hotspot to hotspot without repeat authorisation while you move across the city. People in Moscow have used the city wireless internet over 250 million times since the system was launched.

How to linkup to Wi-Fi

To linkup to the free city internet choose Moscow_WiFi_Free in the list of available networks, open the browser and go through the identification process using your mos.ru account or telephone number, via which you will receive an SMS with the code. Then sign in by clicking the “Enter the Internet” button. The identification procedure has to be repeated every three months. Identification for getting Wi-Fi access in public places is required under Russian law.