NASA invests in 4G coverage on the moon, but UK service still patchy 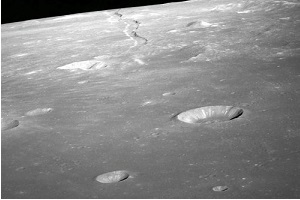 NASA is currently ramping up its plans to send humans back to the moon under the “Artemis project”, with the aim of having a “sustainable” human presence on the lunar surface by 2028. And as we know, says Mazuma Mobile, one of the most important necessities of modern human life is a reliable mobile data signal!.

NASA has granted Nokia a $14.1 million (€11.58 millon)contract to install the first-ever 4G mobile network on the moon. Once installed, astronauts will be able to carry out a number of activities such as making voice and video calls, as well as sending important data back to Earth via 4G. But with 4G making its way to the moon, and some areas here on Earth already receiving 5G signals, there are still some parts of the UK which struggle to get full 4G.

Mazuma has analysed data from Ofcom’s Connected Nations report to find out the number of UK parliamentary constituencies which still don’t have full coverage from the country’s big four mobile operators, EE, O2, Three and Vodafone.

Out of 650 locations, just 24% have full access to 4G on those four networks, leaving 493 with patchy signals.

The areas with the worst 4G signal include Dwyfor Meirionnydd, Ross, Skye and Lochaber, Ynys Mon, Orkney and Shetland and Na h-Eileanan an Iar (also known as the Western Isles), which has around 50% 4G coverage for the big four networks.

As the table shows, these are mostly relatively rural areas, although even some areas in the country’s major cities don’t have a full 4G connection, including Edinburgh South (97.36%), Sheffield Hallam (99.24%).

The figures also show that Scotland, Wales and Northern Ireland suffer the most when it comes to 4G. In fact, just eight of the areas which had 100% 4G coverage were located in Scotland, with just one in Wales (Cardiff Central) and none in Northern Ireland.

On the other hand, 38% of the areas with perfect 4G were located in London, with over half (53%) in the south of England.

It’s also a similar picture when you look at the constituencies which have the highest proportion of places with no 4G signal at all, with more people in Montgomeryshire unable to access 4G than anywhere else. Again, the top 10 is dominated by places in Scotland, Wales and Northern Ireland.

While it’s great that 4G is coming to the moon, it seems that there is still some way to go before the whole of the UK is fully covered by perfect 4G signal.

Specifically, Mazuma looked at the proportion of premises in each constituency which receive 4G from all four major mobile networks (EE, O2, Three and Vodafone), as well as those which receive 4G signal from none of those providers.