The importance of vendor diversity in closing the digital divide 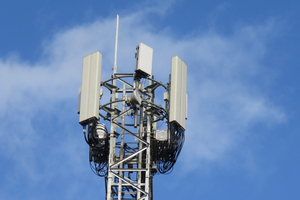 Europe’s economies have all taken a hit due to Covid-19, and governments are looking at ways they can speed up their recovery by accelerating digital transformation. In several countries, says Helen Duncan of MWE Media, there is considerable imbalance between broadband provision in major cities and that in rural areas and smaller towns.

The UK and France, which both have a concentration of population and business in their capital cities, are particular examples of this.

With the proportion of people working from home expected to remain at higher than pre-pandemic levels for some time, the need to roll out faster fixed and mobile coverage to balance up this Digital Divide has become a matter of urgency. It’s also likely that new digitally-based enterprise opportunities will open up to fill the gaps where more traditional businesses have failed during lockdown, and we need to make sure they will have the connectivity they’ll need to thrive. Rolling out 5G, including fixed wireless access (FWA) is potentially a quicker way of solving this than waiting for fibre infrastructure to be put in.

There has been plenty of discussion about the new business and societal opportunities that 5G can create or enhance, like smart cities, connected cars, fully-automated factories, virtual healthcare, last-mile parcel deliveries by drone, and much more. However, in the UK the Government’s decision to compel UK operators to remove Huawei equipment from their networks by 2027 is likely to hold this back.

The Government’s own Department for Digital, Culture, Media and Sport (DCMS) has recognised that 5G rollout and hence its potential benefits may be delayed by up to three years due to this decision. The effects of such a delay, and the additional costs to mobile operators and the UK economy, are the subject of a new report by Assembly Research that was commissioned by Huawei.

The UK in particular is looking not only to the two major European infrastructure vendors, but also at its own potential to manufacture equipment to fill the void that will be left by the removal of Huawei. DCMS has announced a new task force to work at diversifying the UK’s telecoms supply chain and improving its resilience. The Telecoms Diversification Task Force Strategy will be published by the end of 2020, but it is difficult to see how there will be a quick fix available to compensate for the exclusion of Huawei.

The reasons for the telecoms industry’s dependence on just three major suppliers is being scrutinised in detail. Up to the turn of the millennium, the UK had its own thriving telecoms manufacturing industry, supporting domestic mobile operators as well as exporting to the rest of the world. Names like Racal Telecom, Motorola, and Lucent Technologies were all making base stations in the UK in the 1990s, but the bursting of the ‘dot.com’ bubble, combined with globalisation (and some rather short-sighted business decisions), means that pretty much all of this capability has since been shut down or moved elsewhere in the world.

OpenRAN does offer an opportunity for a range of smaller companies and start-ups to become involved in the network, but while the added competition element has the potential to reduce equipment costs in the longer term, this may well be outweighed by the escalated cost of system integration to get everything working together smoothly.

In addition, Huawei has been and in many cases still is deeply embedded in some of the UK’s fundamental 5G R&D projects including the 5G Innovation Centre (5GIC) at the University of Surrey, where Huawei is a Platinum Founding Member. 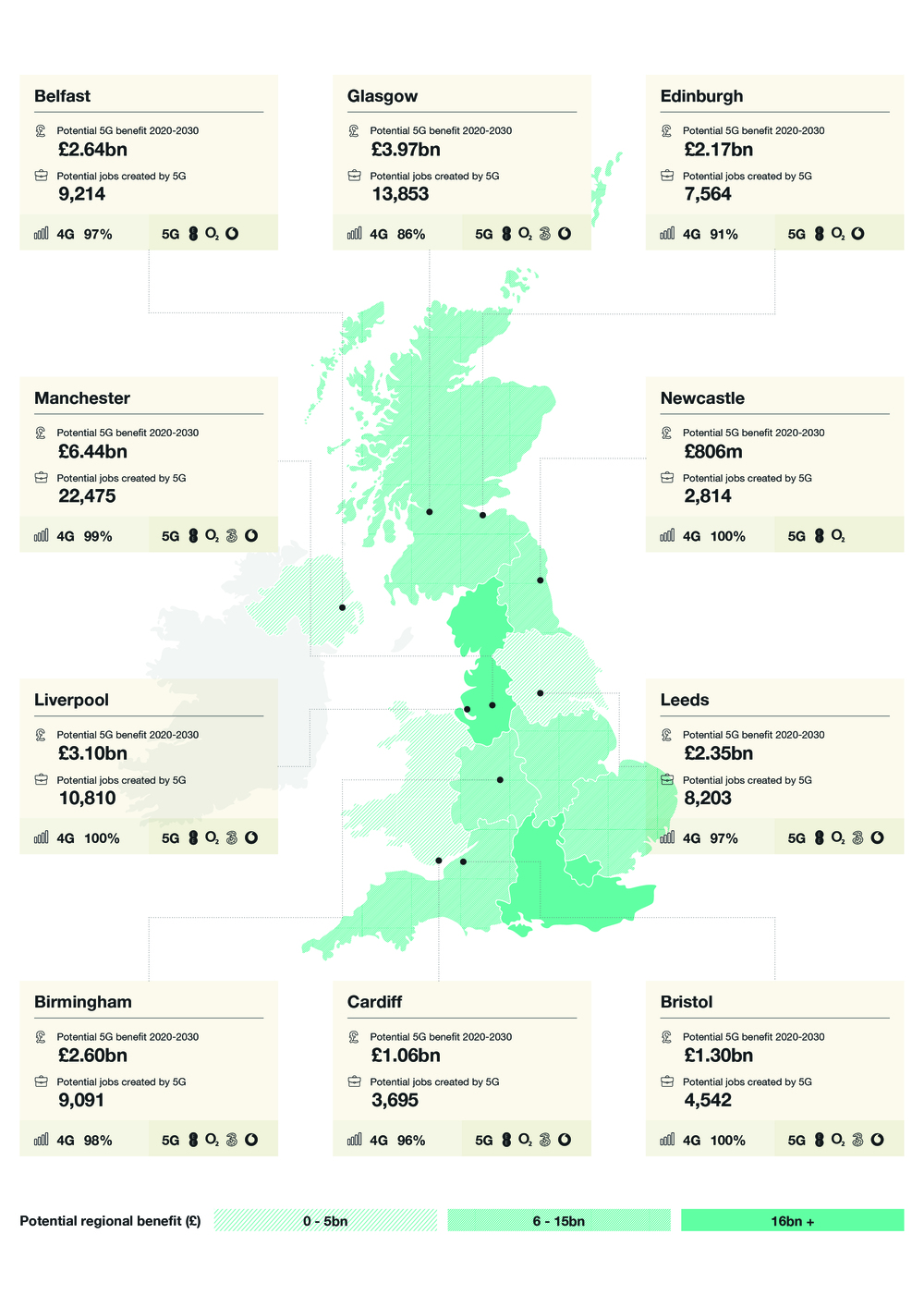 The Assembly Research report identifies that, without the predicted three-year delay, 5G has the potential to create a UK£108 billion (€118.37 billion) economic uplift to regions outside the South-East of England, and to create more than 350,000 jobs. These jobs would not necessarily be associated with the roll-out itself, but with the use cases 5G would enable, like robotics, telehealth and smart grids, as well as helping non-tech businesses to grow and flourish. This could be particularly important in re-framing the industries worst hit by the pandemic, for example by offering new and safer ways for entertainment venues and retailers to interact with their customers.

The ambition to level up the UK has already been set back by the Covid-19 pandemic, with higher tiers of restriction being disproportionately imposed in the North and Midlands. The requirement to swap out the 5G infrastructure vendors at the same time as trying to roll out further capacity just compounds these problems. Add to this that 5G deployment is already more advanced in London than many other areas, and that re-balancing strategy starts to look increasingly precarious.

The author is Helen Duncan of MWE Media.

Helen Duncan, is a content marketing specialist who writes about the RF and wireless industries. Following an early career as a microwave design engineer, she was marketing manager for two global semiconductor manufacturers, then editor of Microwave Engineering Europe, and worked for a leading electronics PR company before becoming freelance in 2009. She has a BSc (Hons) in Electronic Engineering, is a chartered engineer and member of the IET, IEEE and CIPR.