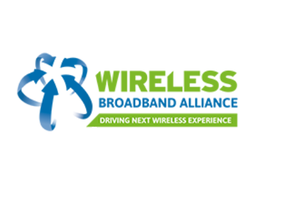 According to a Wireless Broadband Alliance cross-industry survey of service providers, equipment manufacturers and enterprises, almost four out of five (79%) have adopted or plan to adopt the WBA OpenRoaming standard. As the Wi-Fi roaming standard was only introduced in late May 2020, this demonstrates a very rapid and widespread acceptance of WBA OpenRoaming in less than six months. The vision for WBA OpenRoaming is that the world will become a single, giant Wi-Fi network, allowing billions of people and their devices to connect automatically and securely to millions of Wi-Fi networks around the world. Users will be able to roam from location to location without the need for logins, registrations or passwords. High-profile backers of WBA OpenRoaming include AT&T, Boingo, Broadcom, Cisco, Commscope, Google, Intel and Samsung. This survey finding is one of many insights explained in the the Annual Industry Report from the Wireless Broadband Association the worldwide industry body dedicated to improving Wi-Fi standards and services. The report, which is available to download here also highlights the following findings:

“There was a time, not so long ago, that when we discussed the potential for Wi-Fi roaming or the convergence of Wi-Fi 6 and 5G, we were met with blank stares,” says Tiago Rodrigues, CEO of Wireless Broadband Alliance. “Now, it’s the complete opposite. Across the comms industry, we’re seeing excitement building around these trends. 2020 has been a difficult year for everyone and this reinforces the role of Wi-Fi during the pandemic to keep everyone conencted.” Speaking about the comms industry’s response to COVID-19, which is also analysed in the report, Rodrigues continued, “During lockdown, traffic patterns inevitably shifted from an office setting to a home setting, with many cellular and broadband providers seeing massive, sustained increases in traffic across residential areas. The stability of Wi-Fi has arguably been the unsung hero of this situation it has kept a lot of things moving and working at a time when failure would have resulted in a much bleaker situation for people and business.”.