How Alt-Net providers are challenging the status quo in broadband 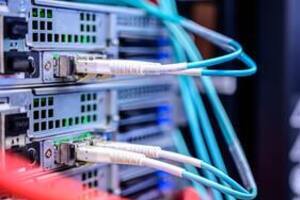 Now, more than ever, so much of consumer life plays out online. Whether it’s interacting with friends and family, shopping, working or being kept entertained, the internet is at the heart of our homes. And in the 30 years since it was made widely available, it has become accessible on almost every household device.

This, says David Rowark, head of B2B Sales at Freesat, has huge implications for anyone fulfilling ‘last mile’ connectivity to homes. But, when the internet is already such a strong part of our home life, what do broadband providers need to consider in order to win over potential new customers?

With greater demands being placed on networks as a direct result of the coronavirus pandemic, combined with an increase in the number of devices pulling upon them, ensuring a reliable, fast and valuable service is paramount for providers. And with a market that is continuing to diversify across Europe, with broadband providers offering new and additional services, Alt-Net providers need to evolve in order to attract new customers and retain existing ones.

The traditional war between providers has used network speed as its main ammunition, but the diversification of providers in recent years has changed the way the battle is being fought. Whether it’s free-to-air channels or through subscription-based streaming services, TV and film continue to play a very important role in consumer life.

As a result, while cost, speed, reliability and contract length are still key factors when it comes to choosing the best IP provider, having access to TV and entertainment services through the ease of a package deal can be a bigger draw for many consumers.

A recent survey from Which? has revealed that up to 40% of consumers who switched IP provider, did so because they felt there was a better deal available elsewhere. With so much competition, providers have to think of new and innovative ways to entice customers and the big brand names are already doing this by bundling different TV offerings.

Not only do these bundles provide additional services and reduce the administration time required when setting up multiple different accounts and payments, but more often than not, it can work out as a cheaper alternative.

While many internet service providers focus on the importance of broadband speeds and limiting downtime, controversially, this is not the be-all and end-all for consumers. A high connection speed is important for some when they’re choosing a new provider, or perhaps their first ever provider, but that importance can often be overridden by the advantages of a package deal. And in reality, if you asked a consumer why they need such high speeds, the answer would often be: “so everyone in my household can download and stream content without buffering”.

The power of the bundle

This is where the creative TV bundle deal can unlock added value for consumers who already have their binge-watching and movie nights in mind. In turn, these added extras can also reduce the number of customers who would leave in search of a cheaper price for their broadband.

Bundling TV channels with a broadband service is a great way for consumers to reduce their costs, and internet service providers to entice more customers. Combining broadband services with a TV service that is free from additional monthly TV subscriptions alongside access to some of the most popular On Demand players – such as Netflix, BritBox, iPlayer and ITV Hub is the clever path to take for both providers and customers.

For consumers living in rural and remote corners of the world, who don’t have access to the best speeds, being able to access a fast fibre connection speed through a direct line to their homes is fundamental. But enticing them to move away from a familiar brand, even with the offer of increased speeds can be difficult. Across Europe, for instance 78% of households had a fixed broadband subscription in 2019, up from 70% five years ago.

In fact, only 9% of consumers switched providers because they experienced slow speeds. So, if it isn’t in search of faster speeds, why do consumers switch? If additional packages, such as access to a TV/video entertainment is a priority for consumers, this should take precedence over high speeds.

This is where the opportunity for bundles is a game changer. Rural fast fibre players are offering local broadband with a premium customer service but are missing out on potential customers as they do not have a TV offering as part of their package. Whilst Alt-Nets cannot invest in their own TV operation, they can partner with platforms to provide such a service, combining all the leading Free to Air content with access to OnDemand services in one product.

The author is David Rowark,  head of B2B Sales at Freesat.