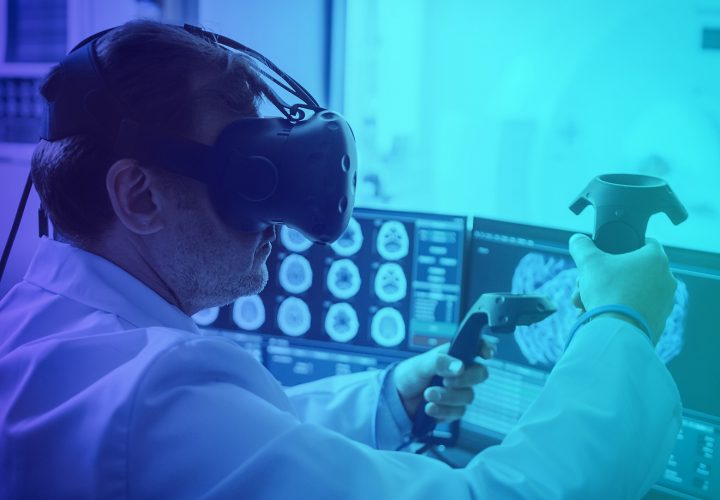 Most of the attention in 5G so far has been targeted at the consumer market but enormous markets in the business-to-business arena are starting to be tapped as the high speed, low latency and connection density of 5G are increasingly recognised, writes Dominikus Hierl, SVP Sales EMEA, Quectel Wireless Solutions.

Analyst firm IoT Analytics estimates that the global base of 5G connected devices, both IoT and non-IoT, will reach 1.2 billion by 2025, rising from around 11 million devices in 2020. Meanwhile, the GSA’s Market Snapshot of August 2020 reports that there are now 92 commercial 5G networks operating in 38 countries demonstrating that there is now a large significant base of markets that have 5G coverage available for industries to exploit. In addition, more are set to roll-out 5G shortly, with 392 operators in 126 countries having announced they are investing in 5G at the end of July 2020.

5G is therefore arriving in many markets but is it a network in search of applications when it comes to IoT? In many situations, the answer remains yes. Established IoT applications don’t have requirements for the capabilities of 5G or simply don’t have business cases that can justify the cost of 5G. For many IoT applications, the bandwidth offered by low power wide area networks (LPWAN), 3G and 4G/LTE is abundantly sufficient for their data transmission needs. However, with 2G cellular networks being retired and the substitution of 2G with narrowband-IoT (NB-IoT) becoming massive around the globe, , the opportunity for 5G IoT is starting to crystallize as current NB-IoT and CAT M1 LTE networks will be seamlessly integrated into the core networks of 5G.

5G’s core benefits of high speed, low latency and connection density are well-known and, in essence, enable a paradigm shift in performance compared to alternatives. Even the highest performance versions of LTE, such as LTE-Advanced and LTE-Advanced Pro, do not come close the performance of 5G which truly brings in a step change in both data rate and low latency. This makes 5G the first cellular technology to be suitable for mission critical applications as well as media applications that are highly sensitive to latency.

Six 5G IoT use cases
To illustrate the variety of verticals and the wide spread of applications 5G can enable in IoT, Quectel has researched six examples of how the technology is being utilized, taking cases in which 5G is either strictly required by the application or a strong enabler of application performance. Figure 1 illustrates the use case landscape, highlighting emerging and already operational business cases for 5G in IoT. 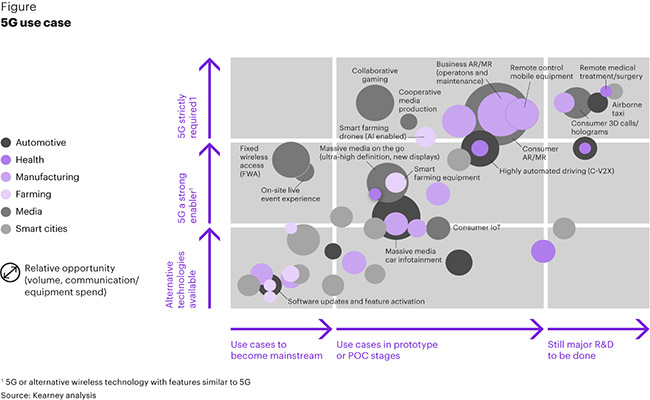 The use cases include: automotive, health, manufacturing, farming, media and smart cities and the paper provides a sample use case detailing how some or all of the attributes of 5G are driving exciting new business cases from remote surgery to ultra-reliable low latency communication (URLLC) for factory automation and personnel safety. 5G really is underpinning use cases that are a matter of life and death but there are also use cases that are generating real revenues for organisations that deploy 5G.

For example, one farm in the Netherlands is utilizing 5G robots to optimise elimination of unwanted plants for crop fields. With 95% accuracy the robots outstrip the performance of humans and are resulting in increased yields at lower cost.

As the first company to create a 5G module, Quectel’s head start in 5G means its modules contain the most advanced features and capabilities on the market. For example, the 5G modules include powerful algorithms for edge computing and storage, utilizing Cortex-A7 up to 1.5GHz as the primary boot processor,  a powerful  digital signal processor (DSP) up to 1.5GHz as well as including support for low-power double data rate 4X (LPDDR4X) memory at 1.8GHz. These capabilities ensure customers’ devices have the processing power they need to create and broadcast high quality video content.

Its experience and heritage has also enabled Quectel to integrate up to 18 interfaces into its 5G modules, making them suitable for the widest variety of application scenarios. These include support for extended application processors, sensors, memory, Wi-Fi, Bluetooth, GNSS and Ethernet in addition to interfaces including: USB 3.1, PCIe, RGMII, PCM/12S, 12C, SPI, GPIO, SDIO, SIM, PWM and others. This gives media device makers the widest possible range of options to support the requirements and preferences of broadcast customers across the globe.

To read the whitepaper in full and learn in detail about the six early use cases for 5G in IoT, visit: https://bit.ly/3lWyOkS