13 years,13 ways: how the iPhone changed the world 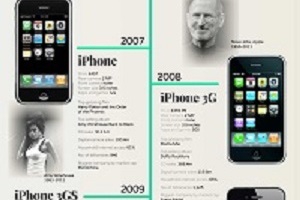 The iPhone was released by Apple, and the world had never seen anything quite like it. It ushered in the age of portable tech and the smartphone era was born. Now startupsgeek.com has analysed the data to show how the world has changed since the launch of the first iPhone in 2007.

Since then the world has changed in unimaginable ways, and Apple has not only been part of the change, but also one of the driving forces of change.

The UK spent over £1 billion on music streaming services

Not only will the UK spend over £1 billion on streaming services like Spotify and Amazon in 2020, but 83% of us listened to streamed content last year. This makes the UK the most prolific music streaming country.

How we order takeaway has changed