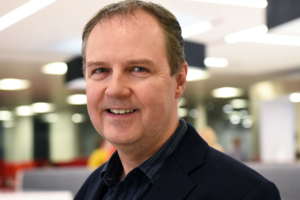 The GSMA and Mobile World Live’s ‘Moving to a Future Software World’ Week, which was held from 13th to 17th July represented a fantastic opportunity to discuss eSIM moving from a physical SIM card to a digital eSIM download.

The GSMA itself predicts that by 2025, 35% of all smartphone network connections will be made using eSIM technology and even in two years’ time, 10% of those connections will be via eSIM. Whilst it feels up to this point eSIM has been a silent revolution, MNOs really need to be prepared as this pioneering technology looks set to disrupt their day-to-day business.

So far, thanks to the GSMA and the device original equipment makers (OEMs), some businesses have already started to embrace the future of eSIM technology.

The GSMA has managed to galvanise the mobile industry and produce a de facto standard, that any company in the world can build products against. In addition, mobile manufacturers around the world have followed the GSMA’s protocols and have been implementing the initial specification into products, with nearly all the major OEMs now offering eSIM in their devices.

Getting operators onboard and eSIM ready

Although the initial foundations for eSIM technology to be widely adopted have been laid, there are two additional steps required for eSIM to become more commonplace. Whilst we have witnessed larger operators starting to support eSIM technology over the last few years, there are still many smaller MNOs and MVNOs that have delayed their adoption, due to the large financial and time investment it requires.

They will need to make a decision to either buy or build in the immediate future to stay current. At Sim Local, we have developed the required eSIM technology and are ready to supply this as a complete solution to those MNOs in a highly cost-effective manner.

The final step to making eSIM part of the everyday is educating consumers on its benefits, thereby building demand, as eSIM technology is still a largely foreign concept to many.

There are some key benefits of using a device with eSIM technology: These start with reduced device activation time as it doesn’t require the customer to be at a retail store.

It’s also easier to swap or change eSIM remotely whilst traveling abroad, rather than having to acquire a new physical SIM card. And it allows people to store multiple profiles on a single device (effectively having two or more numbers) and switch between them with ease.

We believe eSIM will be a standard feature for most smartphone devices worldwide by 2023. At Sim Local, we are here to help operators in the UK and across the world prepare for the eSIM technology revolution and ensure they adapt quickly.

MNOs and MVNOs who aren’t ready risk losing customers to their competitors and losing ground in the new digital marketplace to those who are already offering eSIM plans. If MNOs value keeping their customers and growing their business further they need to plan for eSIM as soon as possible. The future of their business will depend on it.

The author is Gary Waite, head of eSIM Strategy at Sim Local.