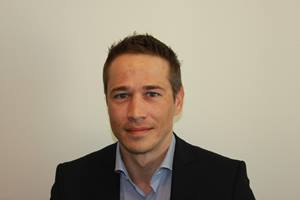 Here, the director of Field Engineering at Canonical tells VanillaPlus of the changes he’s seen in telecoms. If it wasn’t for a bursary he might have gone into robotics. But telecom has kept him hooked and taught patience and persistence. VanillaPlus: What was your first job?

Arno Van Huyssteen: Ignoring the cooler-bag wholesale ice cream business I had when I was seven and a bunch of student jobs during my teens, the first ‘real’ job I had was when the state-run telco in South Africa (Telkom) offered to pay for my studies during the last year of uni so that I would come to work for them when I finished. I still remember walking into a data centre on day one and thinking that it was amazing. The two engineers running the data centre were reading their newspapers and drinking coffee, so I was left to my own devices. One of the first things I did was to unbox a crate of ‘upgrade’ hardware that had to go into the digital exchange. After reading the paper manuals and figuring out the HW upgrade procedure, I asked if I could do the upgrades. When I finished the upgrade of around 1,700 cards by the end of that first week, I was told to ‘knock myself out and do the second exchange as well. That second exchange turned out to be one of only two in the province and carried all national dialling traffic for the country.

Arno Van Huyssteen: If it wasn’t for the study bursary / job offer from Telkom coming in at that exact moment, I would probably have continued on to study robotics (a lifelong dream) and would never have seriously considered the telecoms sector. In hindsight, it was a blessing in disguise and I’ve enjoyed the constant evolution of the service provider IT space very much. It’s afforded me a global career working alongside some of the most talented people in the industry for companies like Nokia, Cisco, Vodafone, Orange and Canonical. The pace at which innovation happens means that, never mind how up to date you think you are on the technology landscape, there is always something new and more exciting on the horizon to keep track of. I’ve been privileged to be involved and lead innovation projects for service provider customers and vendors around the world – from pure network technology evolutions to long-term industry transformations like virtualisation and containerisation. And I still get delighted when I see a customer adopt technology and benefit from it.

VanillaPlus: Without naming and shaming, tell us about your worst ever boss?

Arno Van Huyssteen: I’ve been fortunate to work for some really great bosses and mentors throughout my career and I’m thankful for the influence those leaders have had on my own trajectory. Unfortunately, sometimes you do come across some people in management roles who are more interested in their own career progression than in managing and coaching their teams. I consider myself fairly lucky to have only really seen a handful of people acting out of self-interest, and can honestly say that I only put one of those in the ‘worst boss’ category. The only logical thing to do in situations like that is to take lessons on how you could avoid becoming a leader like that and move on. These events help form you in the long run, so don’t focus on them too much.

Arno Van Huyssteen: Beyond the ‘normal’ action-packed one-day type trips from Belgium to longer trips to places like San Francisco to meet customers, I’d have to say my most memorable trip was still when I had to be in Sydney at the end of 2017. I was scheduled to attend an event and we took the opportunity to book customer meetings along the route in the UK, Singapore, Hong Kong and Sydney. We had a full week on the road, with several customer meetings in each location before heading to Sydney. That weekend, I got engaged to my fiancé, only to spend the next week in more intense customer interactions at the event. To this day, it remains one of my most memorable trips.

VanillaPlus: What has been the proudest moment in your career so far?

Arno Van Huyssteen: I’ve been involved in the continuous evolution of service providers mainly in Europe in varying forms over the years. I have a number of ‘firsts’ on my resume including leading the build-out and launch of the first commercial 4G LTE network in Western Europe, to when I was with Cisco, using early work on 5G networking to re-architect the age-old wholesale global service provider interconnect business for automation, slicing and virtualisation techniques. This helped to lower their overall OPEX by almost 80% and allowed them to look at a future that is no longer based on fibre backhaul.

But I have to say that I’m still proudest of having been involved in the telco virtualisation evolution. Ever since my first customer whitepaper in 2012 until now, continually working from both the service provider and vendor side to enable customers to evolve and adapt to fast-paced, newer technologies in order to prepare for constant change. The last three years specifically, in my role as director of Field Engineering for Service Providers for Canonical, I’ve been more deeply involved in enabling customers to adopt virtualisation techniques and technologies from a pure open source non-lock in perspective. I believe the time has passed for proprietary, closed source and ultra-expensive vendors that ramp up the overall cost in the value chain.

Arno Van Huyssteen: I think the one thing I always have to remind my impatient self of is that innovation and evolution, especially in slower-moving and traditionalist markets like telco, requires patience, persistence and actually doing the work.