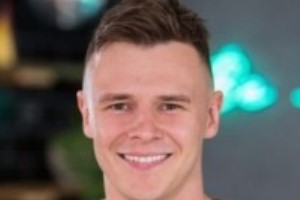 The new Cybersecurity Exposure Index (CEI) by password security resource PasswordManagers.co, reveals which countries are the most and least exposed to cybercrime.

As each country begins to adapt to a new, unprecedented, post-COVID 19 world, cybersecurity becomes increasingly imperative to secure digital infrastructures. From endpoint attacks that are designed to gain unauthorised access, steal data, and extort money by blocking access to files or computer systems, to cloud attacks that are designed to compromise and weaponise virtual machines, cybercrime can take many forms. But, which countries are most exposed?

With exposure defined as the fact of experiencing or being affected by something, PasswordManagers.co ​compiled data​ of five of the most significant types of end-point and cloud cyberattacks alongside the level of cybersecurity commitment across 108 countries to accurately assess each countries exposure to cybercrime. 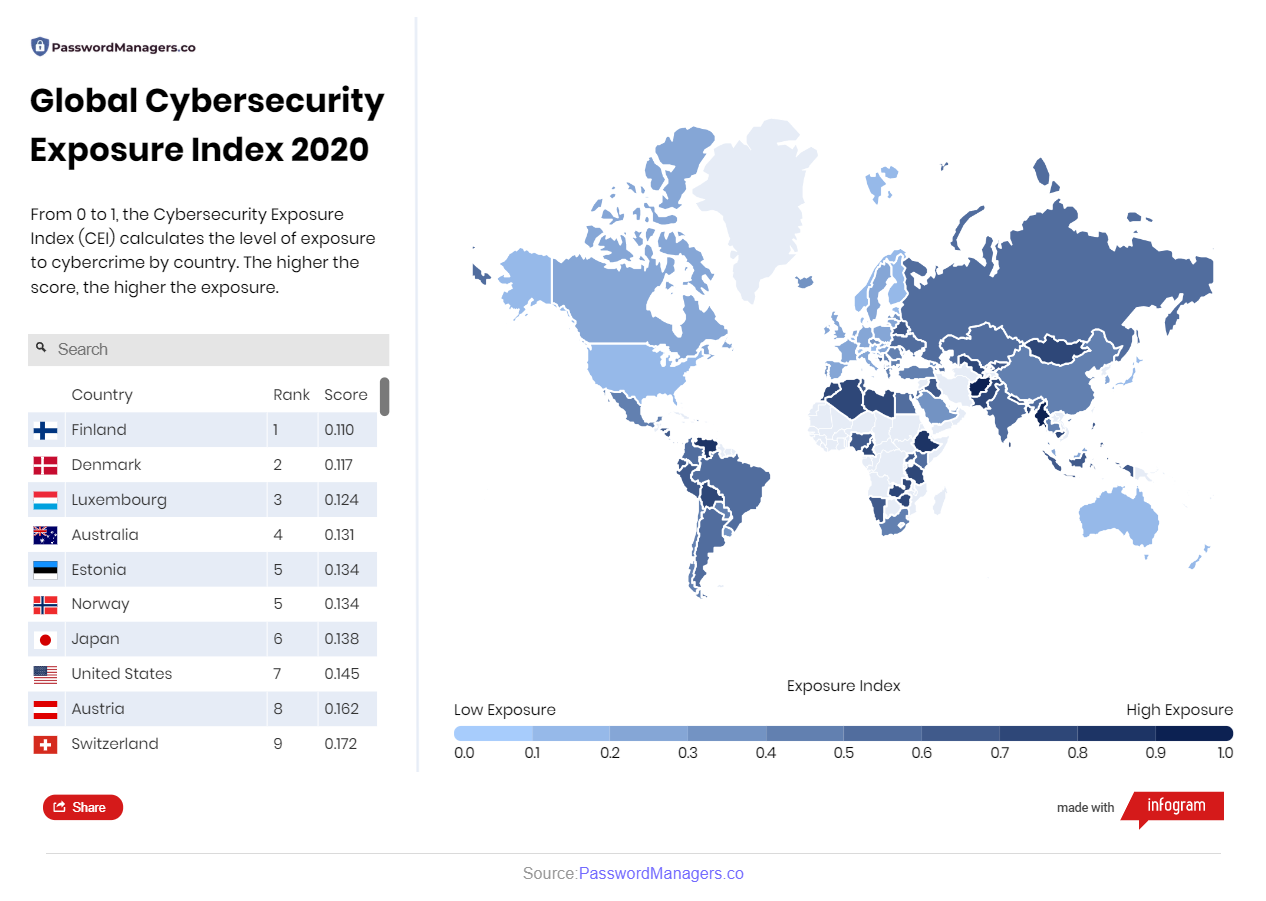 To better understand the landscape of exposure and distribution across the world and each continent we also employed an exposure classification scale (very high, high, moderate, low, very low). 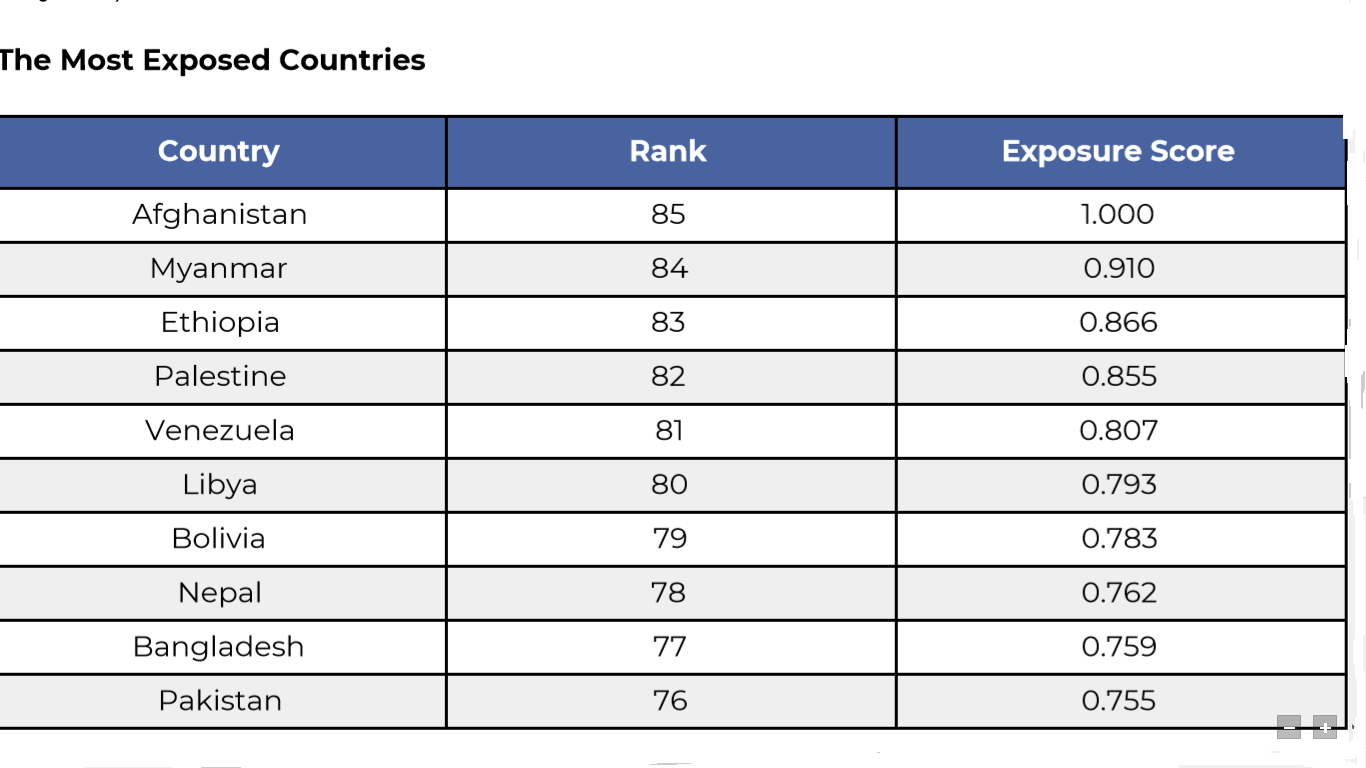 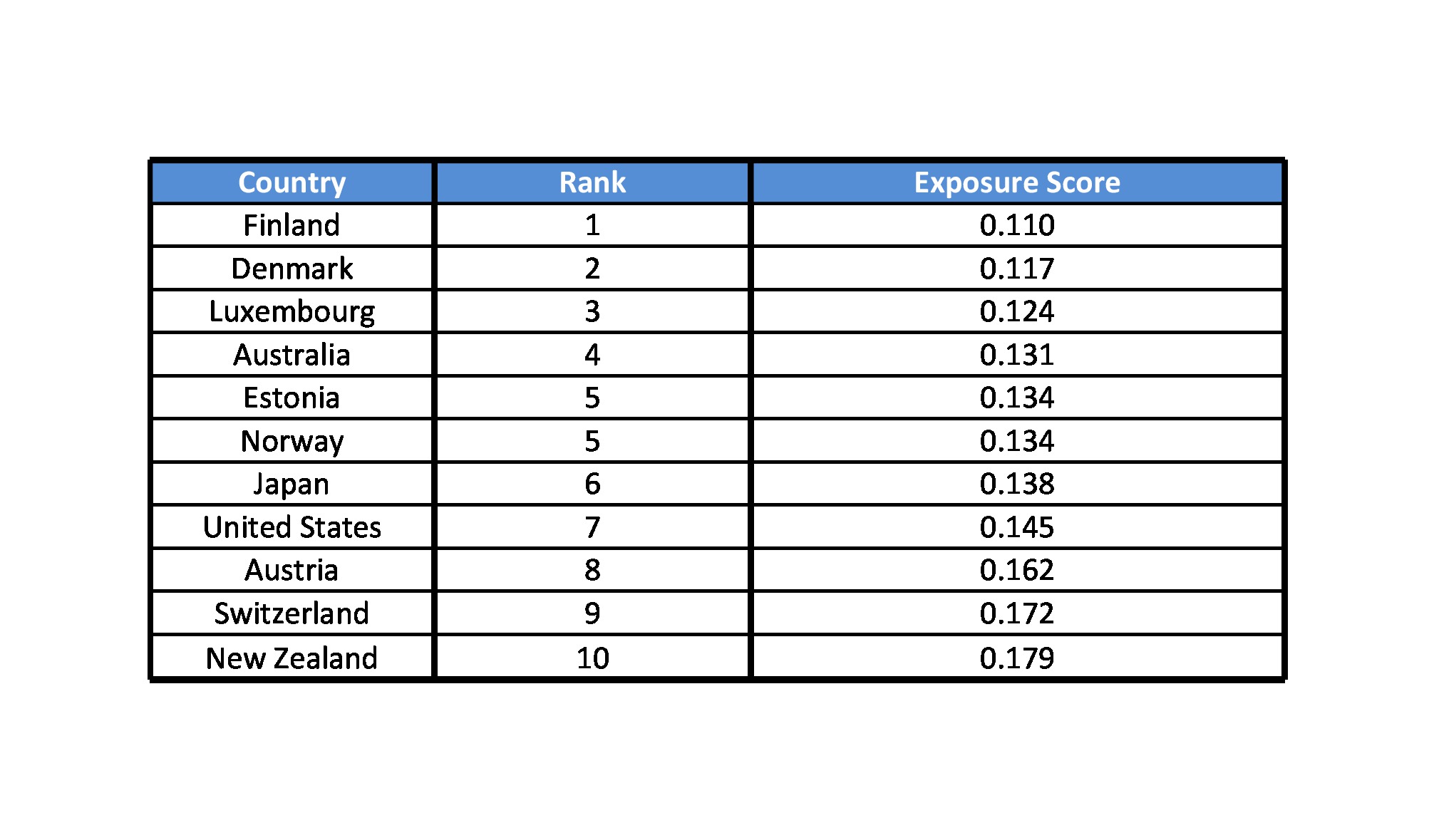 Josh Frisby, founder of PasswordManagers.co said: “Cybersecurity is imperative to secure digital infrastructures, devices, and identities, and while some countries may be more exposed than others, the commitment to protect against cybercrime should dominate the priorities of every organization and individual.

Depending on where you reside, you may be more or less exposed to cybercrime but, by taking the appropriate steps, such as using a password manager to securely store your credentials, browsing the web via a VPN when using unsecured public Wi-Fi, and employing security software, you substantially increase your protection against cyberattacks.”

For more information and statistics, as well as the methodology, data used, and sources,  review the full study on ​PasswordManagers.co​.