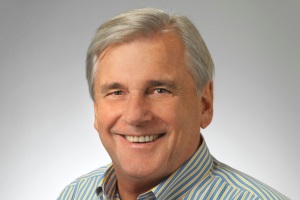 Mobile service providers say they are making substantial progress toward ushering in a new generation of 5G networks that will enable ultra-high-speed mobile connectivity and a wide variety of new applications and smart infrastructure use cases. Progress includes steady work toward virtualising core network functions and a reexamination of the security investments they will need to protect their networks and customers.

COVID-19 is not expected to significantly delay 5G deployments, according to a new global study report, “Toward a More Secure 5G World,” developed by the Business Performance Innovation (BPI) Network, in partnership with A10 Networks. The percentage of mobile service providers who say their companies are “moving rapidly toward commercial deployment” has increased significantly in the past year, climbing from 26% in a survey announced in early 2019 to 45% in the new survey. Virtually all respondents say improved security is a critical network requirement and top concern in the 5G era.

Early 5G networks are being designed in accordance with the already-approved non-standalone 5G standard. However, 30% of respondents say they are already proactively planning to add standalone 5G, and another 9% say their companies will move directly to standalone. Standalone 5G will require a whole new network core utilising a cloud-native, virtualised, service-based architecture. Many respondents, in fact, say they are making significant progress toward network virtualisation.

“Our latest study indicates that major mobile carriers around the world are on track with their 5G plans, and more expect to begin commercial build-outs in the coming months,” says Dave Murray, director of thought leadership with the BPI Network. “While COVID-19 may result in some short-term delays for operators, the pandemic ultimately demonstrates a global need for higher speed, higher capacity 5G networks and the applications and use case they enable.”

Among key findings of the survey,

“Mobile operators globally need to proactively prepare for the demands of a new virtualised and secure 5G world,” said Gunter Reiss, worldwide vice president of A10 Networks, a provider of secure application services for mobile operators worldwide. “That means boosting security at key protection points like the mobile edge, deploying a cloud-native infrastructure, consolidating network functions, leveraging new CI/CD integrations and DevOps automation tools, and moving to an agile and hyperscale service-based architecture as much as possible. All of these improvements will pay dividends immediately with existing networks and move carriers closer to their ultimate goals for broader 5G adoption and the roll-out of new and innovative ultra-reliable low-latency use cases.”

Importance of security to 5G

“Mobile operators globally need to be proactively preparing for the demands of a new 5G world,” Reiss said. 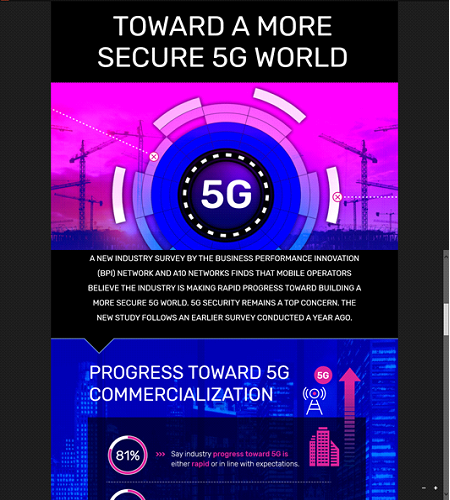 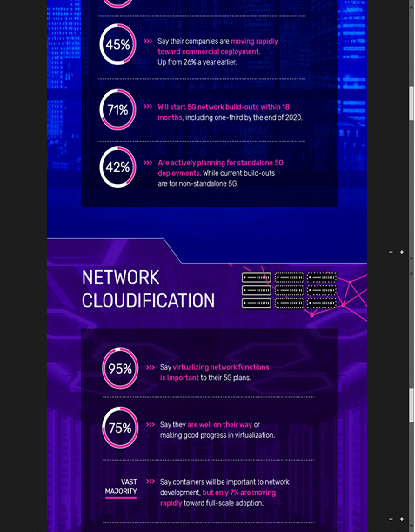 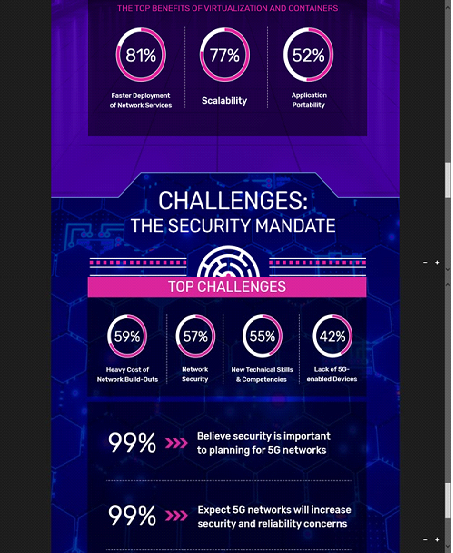