Succeeding in a commoditised market: What mobile operators can learn from airlines 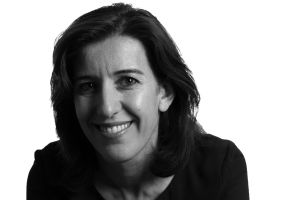 With the rise of the Internet of Things (IoT), embedded Subscriber Identity Module (eSIM), digital identity and blockchain, a perfect storm has been brewing for mobile operators that is expected to increase the commoditisation of data and connectivity while putting consumers in a new position of power. These digital citizens, says Haifa El Ashkar, executive director of managed services at CSG, will expect complete freedom of choice as they gain access to any vendor, any plan, any device, anytime and anywhere.

In this new landscape, mobile virtual network operators (MVNOs) will be well positioned to succeed. Given their ability to be vendor-neutral, MVNOs are able to position themselves as a mobile data super aggregator – offering eSIM-equipped smartphones that allow consumers to seamlessly switch between carriers and plans at will.

Looking beyond the traditional MVNO business model, and by tapping into the Gig Economy, there is the potential for an even bigger threat. An MVNO super mobile aggregator could leverage the power of converged technologies (particularly eSIM, digital identity and blockchain) to create a consumer exchange where consumers are able to buy and sell data from each other if they have surplus data or run low at the end of the month. This “data eBay” or commoditised consumer exchange will also empower consumers roaming in foreign countries to buy data from the local subscribers in that country more cost effectively than purchasing official plans or incurring charges.

This kind of consumer coup d’état might seem far-fetched, but it’s already beginning. Keepgo, a mobile broadband service provider with 119 operators signed up as MVNOs across 105 countries, is already selling eSIM phones with digital identity and blockchain built in. As new incumbents like GoogleFi double down on their MVNO services, the future of consumer offers and how consumers view their role in the connectivity equation will rapidly transform.

Succeeding in a new commoditised market: Learning from the airline industry

So, what can mobile operators do to adapt? The commoditisation of data and connectivity is not unlike the one the airline industry experienced in the 1970s, when low-cost airlines came in to offer travellers only what they needed — undercutting the established giants of the day. Take a look at Pan Am, once the poster child of commercial flight, whose founding in 1927 earned them the right to call themselves the world’s most experienced airline. What that experience did not teach Pan Am was how to change.

When the budget airlines arrived on the scene, Pan Am was slow to adapt, largely staying its course. It offered its fliers rewards programmes and loyalty memberships, practices that were actually innovative at the time but did not change the Pan Am business model enough to avoid disruption. In 1991, Pan Am declared bankruptcy.

Meanwhile, one of those low-cost fliers, Southwest Airlines, was founded in 1967 and stands as the most profitable airline in the world. Knowing that the mobile landscape is about to be undercut by similar low-cost data players, mobile carriers essentially have two options: fight or flight.

Here, “fighting” means taking this market transformation in stride and going on the offensive. Why wait for a new MVNO to aggregate above you and drive the market when you can lead that charge yourself? It’s important to note that this does not have to be a lone-wolf charge. Why not partner with one or more other carriers and drive a unique disruption that champions eSIM, blockchain and digital identity, beating MVNOs to the punch? Some may warn this approach amounts to the cannibalisation of proven revenue, but rarely does a fight’s victor emerge unscathed.

American Airlines, which was founded around the same time as Pan Am in the mid-1920s, today remains the world’s large airline in terms of revenue. American survived by adapting its model. It changed the way seats were sold and luggage was allocated, matching the consumer demands driven by a new commoditised market.

But what might “flight” look like? In this context, flight means business model transformation: recognising the sectors and markets which can still be won and transforming to capitalise on them. The focus until this point has been on carriers’ B2C applications. But maybe after weighing the merits of a “fight” in this arena, a carrier could decide that the B2C market is heading south and the path of least resistance is a “flight” to the B2B sector.

In the end, both fight and flight strategies require a reaction. Change is the common denominator. And ultimately, whether it’s making the adjustments necessary to facilitate and capitalise on a new consumer data exchange, or it’s transforming into a B2B business model, cost optimisation and the customer experience will remain the most important aspects in the enterprise portfolio as consumer power continues to grow.

American and Southwest would surely agree.

The author is Haifa El Ashkar is executive director, service strategy and solutions at CSG.

The author is Haifa El Ashkar is executive director, Service Strategy and Solutions at CSG, where she analyses strategic issues facing communications companies and translates that analysis into vision and guidance for CSG’s customers. Her strong understanding of the market and CSG’s global and broad customer base allow her to develop strategic perspectives on the impact of digitalisation on telecommunications operations. She has more than 20 years’ experience in telecommunications, guiding companies through transformation – from vision and strategy through to delivery and execution.