Business Comparison have analysed data from the SpeedTest Global Index to reveal the countries with the fastest internet speeds, as well as calculating how long it would take to download one hour’s worth of content on Netflix, as a reference.

With most of us working and socialising at home, as well as streaming television, games, films, fitness regimes and more, a quick and reliable broadband connection has never been more important.

But which countries are the most well-equipped to deal with our increased reliance on speedy broadband connections?

The top 10 countries with the fastest internet speeds are as follows: 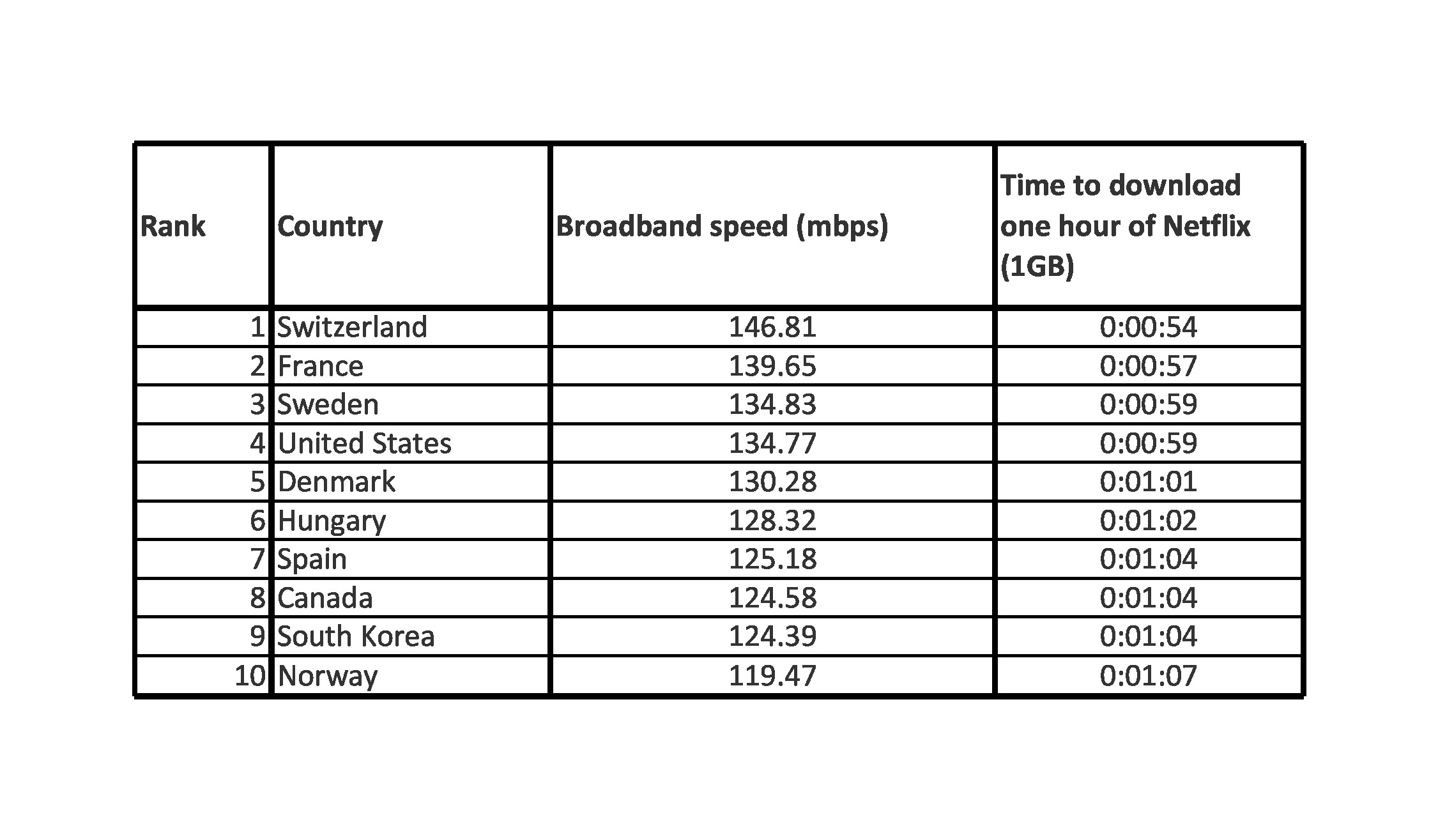 Switzerland ranks as the country with the fastest internet speeds, taking only 54 seconds to download one hour’s worth of content on Netflix.

Following closely behind are France, Sweden and the USA, all providing residents wait times of under one minute to download 1GB of Netflix. These countries are likely to be considerably more able to cope with increased demands on quick and reliable broadband speeds.

The UK is in 26th place with a fixed average broadband speed of 65.82mbps – with an hour’s worth of Netflix content taking 2 minutes and 2 seconds to download.

The full list of countries and their broadband speeds is below: 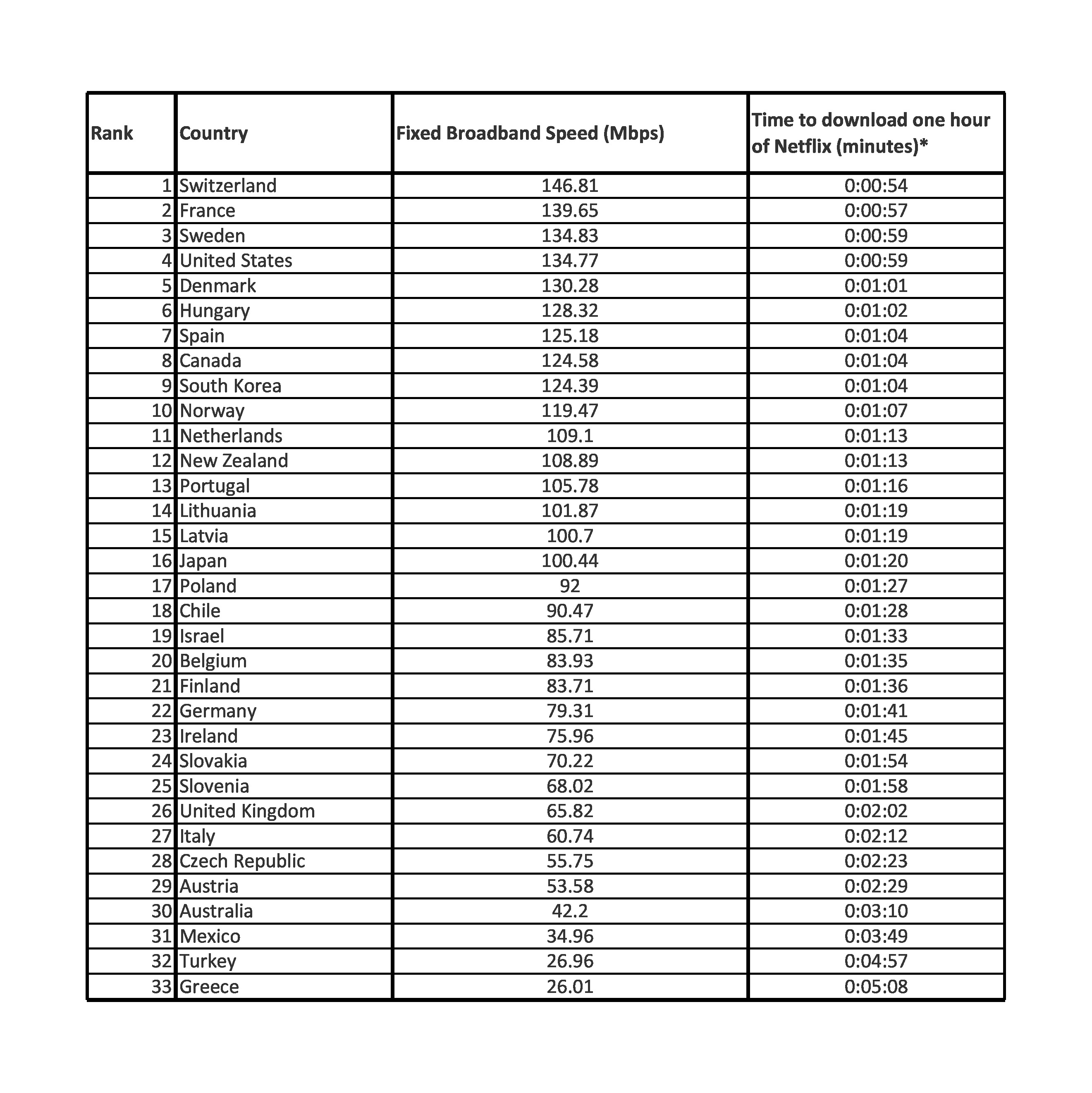 Ranking in bottom spots are Mexico, Turkey and Greece, with those living in Greece having to wait over 5 minutes for 1GB of Netflix to download.