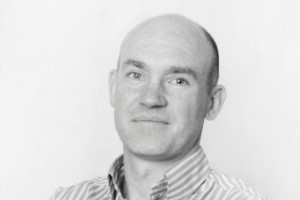 Openet, a specialist in the supply of digital business support systems (BSS), has launched Evolved Charging Suite (ECS) 8.0. This is the latest version of Openet’s convergent charging system, reportedly providing a 30% improvement in processing efficiency.

ECS 8.0 is designed to cater for the high volume of data traffic that will be generated by 5G, as well as to the rapidly expanding use cases and numbers of devices.

Built on the Openet microservices platform, ECS 8.0 is cloud-native, containerised and based on a Service-Based Architecture (SBA). ECS has been 5G-compliant since early 2019, and the latest version adds improvements in efficiency to further lower operating costs. It also delivers improvements to enable 5G distributed charging to support reductions in bandwidth for the increasing number of transactions expected in 5G. These improvements are described as Openet’s first step towards the future needs of edge-based ultra-reliable low-latency communications (uRLLC) use cases.

ECS 8.0 leverages open source in order to provide a more efficient solution. This includes the use of software such as Docker, Kubernetes, elasticsearch and Kafka. Tony Gillick, GVP product management, Openet says that, “with a range of open source we are able to use the right tools for the right task, without being wedded to a specific technology, promoting choice and thereby reducing implementation risk. We combine the best of open source with our own software for optimal effectiveness”.

To deliver the systems that are built to enable service providers to quickly generate revenues from digital and 5G services, Openet has had to take a pragmatic approach to modern system design.

Tony Gillick explains: “In some cases we found that certain open source software — such as open source mesh technologies — were not 5G telco-grade. So we developed our own. Testing has shown between 30% and 50% overhead in using pure open source mesh compared to the Openet-developed version. We believe that taking a practical approach to telco-grade microservices implementations rather than following purist microservice development patterns works best.

“This,” he adds, “allows us to deliver on the business benefits of using microservices without compromising the network grade performance and latencies that 5G charging systems will need. Of course, 3G and 4G services also need to be efficiently catered for while networks evolve with 5G.”