UK shoppers at risk of losing £1.76mn through phone theft 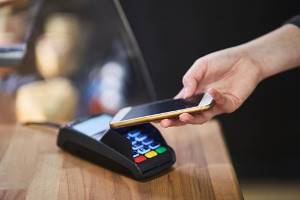 The research shows that 14,740 – or 95% – of UK households own a mobile phone, with digital wallets accounting for 29% of online transactions over the last year. According to previous reports, around 183 phones are stolen in the UK each day.

With the contactless limit currently set at £30 (€33.95) and up to four contactless payments possible before a PIN is required, shoppers could stand to lose £120 (€136) before they notice their phone has been taken.

This figure could rise substantially given that banks are increasing the contactless limit up to £45 (€51) to assist retailers who are struggling due to the coronavirus outbreak. If the raised limit stays in effect over the next year, shoppers could lose £180 (€204) each – equating to £2.6 million (€2.94 million) across all stolen handsets.

Those who keep their bank details stolen on their phone are also vulnerable to hacking, with the demographic most at risk being those aged 45-54. In fact, Generation X are 47% more likely to be targeted by thieves.

With an average of £833.54 (€943) taken with each instance of cyber-fraud, it’s never been more important to increase phone and digital wallet security – including setting secure passwords, keeping your phone in a safe place when in public and encrypting your valuable data.

The British aren’t any less at risk of hacking just because they’re socially isolating; online transactions and third-party app downloads are likely to increase – such as House Party, which recently came under scrutiny over staged hacking concerns.

To read more about the impacts of digital exclusion on global payment methods, go to:
https://a2zcasinos.org/global-payment-trends/