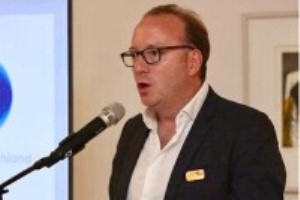 The project will cover over 200 kilometers of new lines, 68 new metro stations and all of the metro trains running on Paris metro lines 15, 16 and 17 routes.

The project will provide critical, high-speed wireless connectivity services that will meet all future Grand Paris Express operational and maintenance requirements, as well as its transportation network emergency and security needs.

Deployment of a private wireless network is part of an innovative approach by the Société du Grand Paris, as it replaces conventional technologies traditionally used in metro transport with LTE – a highly reliable, secure, broadband technology.

Matthieu Bourguignon, vice president europe, Nokia Enterprise, said: “Creation of the new Grand Paris metro is an ambitious project and we are delighted to collaborate with ENGIE Solutions as part of this project. Our selection by the Societe du Grand Paris confirms Nokia’s place as a telecom leader in the transport marketplace and in particular on critical network solutions such as GSM-R, 4.9G/LTE, 5G, IP/MPLS, cybersecurity and IoT analytics.”

ENGIE Solutions will provide its expertise in design and construction of rail transport infrastructure (tram, metro, conventional or high-speed rail lines). With lengthy experience in leading transport projects around the world, ENGIE Solutions will be responsible for steering the project value chain: study, purchasing, construction, and testing until global commissioning of the transport service. ENGIE Solutions will rely on a team specialised in strategic support for the management of complex railway projects and the integration of systems (requirements, interfaces, risks, safety and performance).

Jean-Luc Figuereo, director of the transport infrastructure market, ENGIE Solutions said: “Alongside Nokia, ENGIE Solutions is proud to contribute to this major project which will facilitate travel for Ile-de-France residents. This project is not just a transport project, it is also a big digital transformation project. We are thus helping to create the cities, neighborhoods and infrastructure of tomorrow that are more resilient and connected to their ecosystems.”

Grand Paris Express, as an automated transit network, is the new metro of the Capital Region. With its 68 new stations and 200 kilometers of additional tracks, Grand Paris Express consists of a ring route around Paris (line 15) and lines connecting developing neighborhoods (lines 16, 17 and 18). Additionally, Grand Paris Express also involves the extension of existing metro lines. Its four new lines circle the capital and provide connections with Paris’ three airports, business districts and research clusters. It will service 165,000 companies and daily transport 2 million commuters.