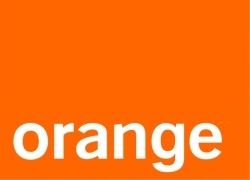 Orange’s commitment to managing its activities’ impact on climate change has been recognised by the Carbon Disclosure Project, an international organisation for greenhouse gas emissions reporting. The group’s appearance on the A List marks it as one of the top performers on environmental reporting in 2019.

Orange was recognised for its efforts to cut emissions, mitigate climate risks, and develop the low carbon economy based on 2019 data.

At this crucial juncture, Orange has chosen to reaffirm its commitments through its corporate purpose and has incorporated operational commitments driven by social and environmental exemplarity into its new strategic plan, Engage 2025. The Group has also set itself an ambitious goal: achieving the GSMA objectives a decade early by becoming Net Zero Carbon by 2040 despite the explosion in data on its networks.

That will require increasing its use of renewable energy, which will account for over 50% of its energy mix by 2025, as well as unprecedented efforts on energy efficiency. Orange will ramp up its Green ITN programme to reduce its networks’ energy consumption, multiply the number of electric vehicles it uses in France by 10, and better integrate the circular economy with measures like eco-designed products, second-hand network equipment, and more second-hand devices in stores.

Orange’s environmental policy is based on 3 major principles: reducing CO2 emissions, integrating the circular economy into processes and activities, and using digital to drive the environmental and energy transition.

All of these actions, which are measurable and accessible, are governed by an Environmental Management System (EMS), audited, and submitted to international certifying bodies which regularly recognise the Group as exemplary.

Orange’s determined environmental policy goes beyond the scope of the Group itself, since its vigilance extends to the Group’s entire industrial and commercial ecosystem. Through the Joint Audit Cooperation (JAC), an international consortium of 17 operators, the Group requires its suppliers to apply its principles of social and environmental responsibility. In September 2019, CDP recognised those efforts when it awarded Orange “2019 Supplier Engagement Leader” certification.

CDP’s annual disclosure and environmental scoring process is widely acknowledged as the gold standard for corporate environmental transparency. In 2019, more than 525 investors with over 96 billion dollars in assets and 125 major purchasers with procurement spending totalling 3.6 billion dollars asked companies to disclose data on their environmental impact, risks, and opportunities through the CDP platform, and more than 8,400 companies did so.

CDP uses a detailed, independent methodology to assess companies and give them a score on a scale of A to D based on the completeness of their disclosures, awareness and management of environmental risks, and evidence of best practices on environmental leadership, such as meaningful objectives. Companies that fail to respond or that provide inadequate information receive a score of F.

By selecting certain organisations for its A List (less than 2% of reporting companies), CDP recognises their position as environmental leaders. Faced with the scale and urgency of today’s climate risks, companies have a key role to play by tackling environmental challenges and adapting to ensure sustainable growth for their activities in tomorrow’s economy.

The full list of companies on CDP’s 2019 climate change A List is available here, along with other publicly accessible company scores

The methodology used and the full climate change A List criteria are available on CDP’s website under “CDP scoring methodologies 2019.”