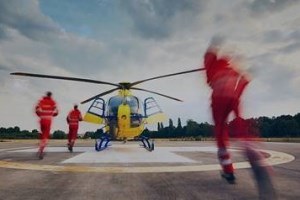 Next Generation 112 (NG112) architecture enables multimedia communications (text, video, together with location or additional data) which is not possible on the current phone-based system. This will benefit citizens in emergency situations as well as emergency responders, network providers and other stakeholders.

The specified core elements support centralisfed mapping and routing functions for current and future emergency communications and operational requirements. The functional elements of the network comprise security measures and the routing capability to forward a call/communication received from any concentration point based on the caller’s location to the relevant emergency services call centre.

As more than 70% of emergency calls come from a mobile phone in Europe, the Advanced Mobile Location (AML) technology is essential to provide the most accurate location of the caller. With AML the phone’s location capabilities (making use of GNSS, Wi-Fi and cellular network information) are activated when an emergency number is dialed. The location obtained is then sent to a location endpoint managed by, or on behalf of, a national emergency service. 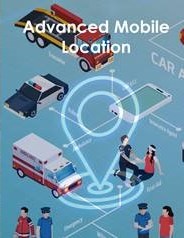 These technologies can provide a location precision as good as 5m outdoors (and averaging to within circular areas of approx 25 m radius for indoor locations), a significant improvement on existing cell coverage provided by mobile networks, which average (across the UK as an example) circular areas of about 1,75 km radius.

“If AML was deployed everywhere in Europe, it would save up to 7,500 lives and €95 billion in 10 years. AML is already implemented in all Android and IOS cell phones,” says Cristina Lumbreras, ETSI’s Emtel chair.

Caller location is key for responding efficiently to emergency calls, especially when the caller doesn’t know where he or she is, and for reasons such as the decision on which emergency resource is dispatched or the quickest route to get to the incident.

For an effective global implementation, the ETSI Technical Specifications for AML and NG112 are paramount for the continued interoperability and location conveyance to the most appropriate emergency service. Noteworthy is that these requirements to use handset derived locations have lately been included in the European Electronic Communications Code