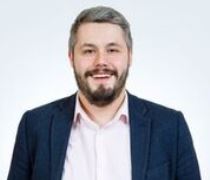 SalesAgility, a specialist in delivering open source CRM software solutions worldwide, is calling for Europe to adopt open source as an enabler and catalyst for digital sovereignty and data privacy as it celebrates 10 years at the heart of the open source community.

As the question of digital sovereignty in Europe intensifies, SalesAgility – which launched in 2009 – firmly believe that adopting open source over standard proprietary software is the key to decentralising the web and taking back control of data from big tech firms based in the US and China.

Businesses that embrace open source benefit from greater control and transparency over their software, processes and crucially, their data. In turn, this enables more flexibility, innovation and drives the economy.

Dale Murray, CEO of SalesAgility, says: “Digital sovereignty is a hotly contended topic within Europe at the moment and we firmly believe that it can be achieved. As a regulatory powerhouse, GDPR was a great stride in the right direction but there’s more that can be done.

“Europe needs to look to open source, not only as a way to reduce their total cost of ownership, but also to facilitate digital sovereignty and data privacy. If we have companies utilising open source and Governments funding open source projects, we are removing the dependencies of large US firms who consume data as a business model. This will allow us to take back ownership of our data and how we want it to be gathered, processed and distributed.”

SalesAgility has enjoyed record-breaking growth recently, more than doubling its turnover in the last two years. Starting life as a team of two, SalesAgility’s headcount has grown to 40 full time employees. It has also established strong partnerships with 13 different organisations to deliver CRM customisations tailored to the needs of businesses.

Over the last decade, SalesAgility has celebrated several major company milestones, including the 2013 launch of its flagship open source CRM software solution, SuiteCRM, which has been awarded the Bossie Award for Best Open Source CRM twice.

In 2017, its founder, Greg Soper, assumed the position of chairman of SalesAgility, with then 27-year-old Dale Murray – who started at SalesAgility as an intern in 2011 – taking the helm as CEO.

Commenting on the firm’s tenth anniversary, Dale Murray said: “When I started at SalesAgility, there were only four of us in a single room. We had just secured our first major US contract and we knew then that our ambition and passion for our product would lead to great things.

“Our vision today is consistent with our founding ethos, to transform the market by ensuring our open source CRM software solution is integral to every business.

“Next year, we plan to disrupt the CRM market further with the launch of SuiteCRM 8, which will be our biggest product launch to date. We want SuiteCRM to be recognised as the world’s most adopted CRM solution, solving the challenges that many businesses face today.”

SalesAgility’s open source CRM technology offers businesses a crucial 360-degree view of their customer base, enabling them to understand customer habits and tailor marketing activity accordingly. SalesAgility offers a bespoke service to its clients at a lower cost than its competitors. SalesAgility’s SuiteCRM software is currently 96% more cost effective than its biggest competitor, Salesforce.

Other key highlights from the last decade include the launch of SuiteAssured, the world’s first warrantied open source CRM application aimed at compliance driven organisations. In 2019, SalesAgility launched Suite:OnDemand, which has radically changed the way that hosted CRM is priced and delivered by bringing the freedoms of open source CRM into Software as a Service (SaaS).

In the next year, SalesAgility has plans to expand on its considerable presence in the US by setting up a dedicated SuiteCRM help centre to accommodate its US customers across multiple time zones.

After reaching 950,000 downloads of SuiteCRM earlier this year, the SalesAgility team has its sights firmly set on reaching one million downloads in 2020. It also has plans to continue to grow and nurture its open source community, which currently has over 100,000 forum users.