The use of mobile technology has enabled a global reduction in Greenhouse Gas (GHG) emissions of around 2,135 million tonnes of CO2e last year. This is according to a new study commissioned by the mobile network operators’ association, the GSMA.

The quantity is said to approximate to the total emissions emitted yearly by Russia. The emissions savings were almost 10 times greater than the global carbon footprint of the mobile industry itself.

The new GSMA report, produced in collaboration with the Carbon Trust, an independent sustainability specialist, is being presented at the 2019 United Nations Climate Change Conference (COP25) held in Madrid this month.

“The mobile ecosystem enabled savings of enough electricity and gas last year to power more than 70 million houses for an entire year in the US. Additionally, fuel for all 32.5 million registered cars in the UK to drive for 19 years was saved,” says Mats Granryd, director general of the GSMA.

“Today’s study underlines how mobile and smart technologies are powering sustainable economic growth while enabling the avoidance of emissions across multiple industry sectors. These technologies will be crucial to the world reaching its Net Zero targets.”

“Climate change requires a collective effort across governments, businesses and civil society if we are going to succeed in limiting global temperature increases to within 1.5 degrees,” according to Tom Delay, CEO of the Carbon Trust. “This analysis shows the positive role that mobile technology is playing in the evolution of other sectors and is a great example of what is possible.”

The Carbon Trust examined 14 markets around the world to form a representative sample of the ‘enablement effect’ of the mobile sector’s ability to reduce emissions. The results indicate an even split between the enablement effect of M2M/IoT technologies, and those enabled through behaviour changes from the personal use of smartphones. 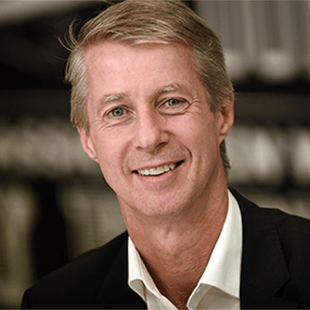 The majority of avoided emissions from M2M technologies are primarily in buildings, transport, manufacturing and the energy sector – sectors that make up a large portion of global GHG emissions.

For example, savings in buildings are a result of technologies that improve energy efficiency such as building management systems and smart meters. In the transport sector, the use of telematics can improve route optimisation and vehicle fuel efficiency.

The report provides a high-level analysis of six categories of enabling mechanisms, along with case studies. The biggest category of avoided emissions is ‘Smart living, working and health’ (39% of total avoided emissions in 2018), followed by ‘Smart transport and cities’ (30%), ‘Smart manufacturing’ (11%), ‘Smart buildings’ (10%), ‘Smart energy’ (7%), and ‘Smart agriculture’ (3%).

‘The Enablement Effect: The impact of mobile communications technologies on carbon emission reductions’ is produced by the GSMA and the Carbon Trust. The report provides a breakdown of the results and the assumptions used in the calculations, including a full methodology.

Many of the world’s largest mobile operator groups have agreed to start disclosing their climate impacts as part of a major new GSMA-led initiative to develop a mobile industry climate action roadmap in line with the Paris Agreement. The disclosures form the first phase of an industry-wide, climate action roadmap.

The GSMA is working with participating operators and partnering with the international community, climate experts and third-party organisations to advance industry progress, establish best practices, and support disclosure and target setting. The work forms part of the industry’s journey to support the delivery of the UN’s Sustainable Development Goals (SDGs), specifically SDG #13 on Climate Action.