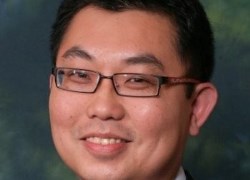 BICS, an international communications enabler, has announced a major upgrade and expansion of its backbone in Japan, increasing capacity tenfold to support the expected growing demand for roaming and IP-based services. The move comes ahead of increasing numbers of domestic and international mobile subscribers travelling in and out of Japan expected in 2020 and follows growing demand for guaranteed high capacity connectivity between the APAC territory and the rest of the world.

The expansion includes the deployment of a second point-of-presence (PoP) in Tokyo, which connects to the local internet exchange points for BICS’ IP-based services. This will ensure reduced latency, improving end-to-end quality while directly connecting local customers to BICS’ global network infrastructure. The PoP deployment also minimises the cost for BICS’ customers by optimising connectivity within the region.

BICS has also extended its existing network infrastructure in the region with a new route from Hong Kong to Japan, and from Japan to LA, resulting in a tenfold increase in connectivity and significantly reducing latency.

“Japan is one of several territories in Asia which is leading the deployment of 5G and growing its Internet of Things ecosystem. This development requires reliable, high-quality and low-latency connectivity, and services which can support large increase in the cellular traffic and number of devices,” commented Malcolm Chan, MD, Asia Pacific, BICS. “Expanding our backbone in the region was therefore an important step to meet future demands, especially in light of the number of visitors expected to travel to Japan next year for the Tokyo 2020 Games.”

“Connecting nations like Japan – which is only accessible via submarine systems – with the rest of the world remains a challenge especially in terms of capacity, cost and quality. Due to BICS’ active footprint in the APAC region and global infrastructure, we’ve been able to upgrade capacity and connectivity in Japan and offer higher quality services at competitive prices. With the service now live, benefits are already being recognised by operators, subscribers and IoT businesses – all of which can feel confident that our global network will support their future connectivity needs too,” added Chan.