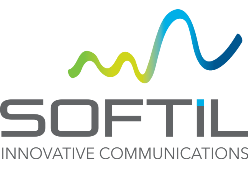 Today in Kuopio, Finland, and for the rest of the week, about 30 companies and more than 100 engineers are coming together with one common goal – to ensure their companies’ mission-critical products are interoperable.

Interoperability is in the DNA of Softil and dates back almost 25 years to the days when it was called Radvision. Softil is a foremost advocate of the MCX industry basing their products on open standards and interoperability of products.

When it comes to open standards, your solution is only as good as the number of vendors you can successfully interoperate with, says Anatoli Levine, director of products and standards at MCX enabler Softil. Those other vendors might well be your fiercest competitors, but when those competing solutions can successfully interwork, everyone ends up a winner.

It often seems that with a proprietary solution, one company can control the world. That might hold some truth – usually, for a short while. Open standards enable a totally different level of innovation by creating much higher common ground when compared to any proprietary solution. Interoperability is a cornerstone of the open standards, establishing a common set of features and functionality across all implementations, and enabling all companies to focus on innovation without worrying about the basics.

We often take technology for granted. During the last 20 years, which is merely a blip in terms of human time, the way we communicate has changed dramatically. Twenty years ago, you would have to search hard for homes that didn’t have a landline phone. Today, it is exactly the opposite.

We are spoiled with the ability to communicate on the go, using voice and video, speaking directly into the open air. Nobody really thinks that we need to thank open standards for all these everyday convenience nor the countless hours invested by engineers from competing companies in making products interoperable.

Looking back at more than twenty years in Softil’s history, we can easily account for attending more than a hundred interoperability testing events, between IMTC InterOps and SuperOps, SIP Forum SIPit and SIMPLEit, IMS Forum Plugfests, various ETSI Plugtests, and other interoperability testing events (usually abbreviated as IoT events) – and this is simply the norm among companies producing IP Communication products.

The latest wave of 3GPP technologies is looking to advance communications for professional users, and particularly those who need fast, modern and reliable communications more than anyone else – First Responders. 3GPP Release 13 introduced a set of technologies collectively known as Mission Critical Communications, with a goal of enabling powerful, reliable, prioritised, manageable and highly secure group communications.

The first ETSI MCX Plugtest, actually called MCPTT plugtest, which adequately stresses the scope of the testing (MCPTT), took place a little more than two years ago, in June of 2017. The test document for that plugtest included less than 50 test cases and was limited primarily to mission critical push-to-talk, and was mostly conducted over standard LAN.

The test document to be used during this week’s testing includes more than 150 test cases, and will cover mission critical PTT, video, data, configuration management, key management and security, and much more. The testing this week will include the use of actual LTE access (eNodeB), real handsets with real SIM cards, over a variety of IMS and EPC implementations. MCX solutions are getting ready for prime time.

It is important to remember that interoperability is a journey, not a destination. Of course, it is a cliché, but it is still the truth. Interoperability is essential to establish and maintain as the price for broken interoperability might be way too high, especially when it comes to the communication technology which is essential for saving lives. The testing exercise this week is an important step in getting MCX solutions into the hands of the users – one test at a time.

The author is Anatoli Levine, director of products and standards at MCX enabler Softil