The 5G market hits the ground running, with 31 commercial launches worldwide by the end of Q2 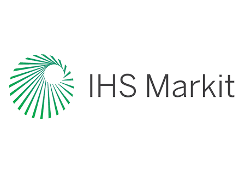 The 5G market is developing much more quickly than the previous generation 4G LTE standard, with a total 31 5G commercial service launches globally by the end of the second quarter of 2019, according to IHS Markit | Technology, now a part of Informa Tech.

Amid a burst of launches in the second quarter, the deployment of 5G has become widespread, with projects in 17 countries in Asia, Europe, the Middle East and North America, as reported by the 5G Commercial Launches – Q2 2019 report from IHS Markit | Technology.

This level of deployment was achieved just 10 months after the first commercial 5G launches, which IHS Markit | Technology traces back to August 2018. In contrast, 4G took about three years to begin deployment and four years to attain a large number of launches.

By July 2009, there were 31 commercial 5G launches across 17 countries

“Although the 4G/LTE standard was finalised in 2009, it wasn’t until 2012 that the pace of launches picked up, and not until the first quarter of 2013 that the total number of launches exceeded 100,” said Elias Aravantinos, senior research analyst, operator strategy, at IHS Markit | Technology.

“In contrast, deployments of 5G began just weeks after the standard was completed, setting the stage for the rollout of the technology in locations across the globe in less than a year. We expect the number of 5G deployments to grow exponentially, with possibly hundreds of deployments per quarter during the period from 2020 to 2021, the time when we expect the peak of 5G deployment.”

A major factor driving the acceleration in the pace of launches is the maturity and experience of today’s wireless operators.

“During the transition from 3G to 4G, wireless operators learned valuable lessons that they are now applying to the 5G rollout,” Aravantinos said. “In terms of knowhow, the operators are ready and able to ramp up 5G services at a tremendous rate. Currently, the only factors preventing operators from starting even more 5G launches are money and the availability of phones and routers.”

Despite the rapid growth of 4G, the market actually has the potential to expand even more quickly.

Today’s 5G smartphones are much more readily available than the 4G devices were during the two wireless standards’ initial rollouts. However, in 2019, there still aren’t enough 5G-compliant handsets to go around.

“The lack of devices is a global problem, although some countries and companies enjoy preferential access,” Aravantinos said. “The 5G devices on the market have quickly run out of stock as the number of deployments increases. Demand has exceeded smartphone suppliers’ expectations in the first half of 2019, particularly during the burst of launches in the second quarter in South Korea, the United States and Switzerland. The smartphone makers simply couldn’t keep pace with the requested volumes.”

Because the South Korean market has been consuming most of the 5G devices already in stock, the lack of smartphones has delayed launches in several markets, pushing back the dates from 2019 to 2020. South Korea reached 1 million 5G subscribers just 69 days after the initial launch date. This was markedly faster than the 80 days it took the country to reach its first 1 million 4G subscribers in 2011.

In the U.K. and Switzerland, operators have experienced issues with the delay in delivery of home broadband routers. This delay resulted in a sales freeze for 5G home broadband services. Huawei has been hit by a U.S. ban on buying American parts and components, which could affect its production cycle.

The quick rise in launches parallels other rapid developments in the 5G market compared to the initial 4G deployment.

During 4G’s first year of launch, there were only three smartphones available to consumers that supported the standard. In contrast, 5G this year boasts at least 20 smartphone designs available for release to the market. This demonstrates the high degree of market readiness for 5G, and its capability to attain high volumes more quickly than 4G.

The split between the services varies dramatically by region. A total of 72% of 5G launches by European operators in the first half were exclusively for eMBB services, compared to just 50% of the 5G launches in the Middle East.

Some operators, mainly in the Middle East, exclusively offer FWA. In Europe and Asia, there are operators that offer both FWA and eMBB services. Pricing plans vary from inexpensive plan upgrades for a small fee to brand new pricing plans that focus on data usage, devices, unlimited talk or other benefits such as free access to mobile TV, VR, game packs or sports streaming.

The 5G Commercial Launches – Q2 2019 report from IHS Markit | Technology provides an overview of commercial 5G services as they are being launched across the world. The quarterly report maps mobile operator strategies as they relate to roll out of 5G services monitoring operator go to market strategies, use cases and pricing of 5G services.