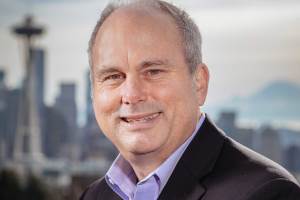 5G Americas, the industry trade association and voice of 5G and LTE for the Americas, has published Global 5G: Implications of a Transformational Technology, a white paper produced by Rysavy Research and 5G Americas technical experts that explores the intensifying role of wireless communications, the evolution of its technology, emerging services and use cases, and a timeline of future developments through 2030.

“The transition to 5G has been happening simultaneously with continued advances in 4G LTE,” stated Peter Rysavy, president of Rysavy Research and the author of the report. “5G will transform wireless network capability by facilitating extremely dense deployments, harnessing spectrum never before available for cellular systems, being able to use extremely wide radio channels, employing virtualisation methods, and supporting new ultra reliable and low latency applications.”

5G is transformational across multiple platforms, technologies and use cases, including:

According to Rysavy, “Wireless network capacity doubles every three years and is fueled by progressive densification, access to new spectrum, and innovation that increases spectral efficiency.”

Chris Pearson, president of 5G Americas comments, “We can foresee potential next generation developments through 2030, considered ‘beyond 5G’ that could result in theoretical peak speeds of up to one terabit per second (Tbps). The mobile wireless industry does not stand still and has historically shown that innovative enhancements to improve mobile technology will continue into the future.”

The report takes a speculative look forward through 2030 at applications, radios and networks for 5G beyond 3GPP Release 17:

Applications: wireline broadband replacement viable for nearly all users; with computer miniaturisation and AI, an augmented-reality overlay on human experience will be created; device interaction will be touchless, based on natural human voice communication or gestures; wearable devices will become ubiquitous, either in watches, implanted in our bodies, or in our ears; super high video, immersive telepresence and 3D holographic communications