A nation on pause: UK plc holding back on a digital future 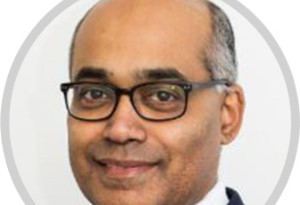 58% of UK public and private sector leaders say that public nervousness around new technologies is holding them back, according to Fujitsu’s ‘Driving a Trusted Future in a Radically Changing World’ report.

What’s more, almost half (44%) are worried that they could miss out on the benefits of technology innovation, simply because they haven’t planned radically enough to fully embrace it and truly transform their organisations. This is particularly interesting given that, in a world where the UK needs to be fit to compete, making progress in digital transformation is vital to our future success (as 73% of business leaders also said).

In general, both the public and UK leaders are in agreement that technology has been a good thing for the nation – three quarters (73%) of organisational leaders agree that technology has been positive, whilst half (49%) of the UK public said that technological innovation has positively impacted their every-day lives. But, with only 19% of the public saying it was prepared for the changes we are experiencing as a nation today, it’s little wonder that leaders of the UK’s largest companies are holding back.

“It’s no secret we’re living through a period of change in the UK; change which is predominantly being driven by technological innovation. Whilst it is positive to see that organisations are keen to forge ahead with technological innovation, it’s clearly not happening fast enough, particularly when people are demanding ‘connected experiences’ that are seamless in both their personal and professional lives’, says Ravi Krishnamoorthi, managing director & head of Private Sector, Fujitsu UK.

Despite the positive influence of technology, when assessing the public’s feelings around future innovations, there is real tension between the advances being made in business and the people it serves. For example, when asked about AI, over two-fifths (42%) said they are unsure or don’t feel AI will have a positive impact on life in the next five years, with a further 15% admitting they simply don’t understand the technology well enough to understand its impact. For robotics – another example – a large proportion (45%) said they are unsure or don’t feel it will have a positive impact within the next five years. This is particularly surprising given that this technology is already gaining traction in most industries and has the potential to radically improve productivity.

Ravi Krishnamoorthi continues, “The public clearly has a complicated and nuanced view on technological change, where they value its impact on everyday life, but are wary of trusting the emerging technologies that will drive significant change in the future. In order for both the UK to thrive and for business leaders to feel confident that they can accelerate their adoption in light of this, we must build trust in technology. However, what we’re seeing is that many leaders are grappling with the need to tackle the legacy technology they have in their organisations, and modernise it for the digital world; making the whole picture complex and challenging.”

“There is clearly a tension between the need to drive technology-enabled change, but to tune-in to the concerns of the public. Finding the balance between respect for customer’s feelings towards technology and accelerating technology adoption is a critical dilemma for today’s leaders,” continued Ravi Krishnamoorthi. “To help the country succeed in the future, organisational leaders need to achieve the right balance – between respecting the concerns of the public and the need to plan radically for the future. To do this, UK organisations need to look at how they can update their traditional structures in light of digital in order to deliver on a UK that is fit to compete.”