The impact of SD-WAN adoption on Digital Transformation and corporate strategy: Part one 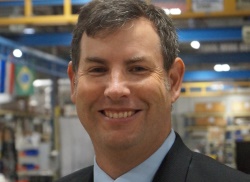 Since the advent of the Internet, IT teams have used many different network management techniques in search of a way to achieve optimal use of their bandwidth and efficient data traffic routing. Truly dynamic approaches have proved elusive. The latest generation wide area networking (WAN) technology, SD-WAN, which is software-based, revolutionises the WAN just as virtualisation has revolutionised the server, says Todd Kiehn, VP of product management at GTT.

The stars seem well aligned to accelerate the enterprise adoption of SD-WAN. Organisations are motivated by the need for digital transformation, the explosion of application traffic to the cloud and the need for homogeneous network performance at all sites.

SD-WAN has already been in use by the early adopters for several years, and it is swiftly moving to become a mainstream solution. Deployment rates are growing and accelerating. In a recent study by Frost & Sullivan, 61% of the companies surveyed said they plan to replace their routers within one to two years with SD-WAN. The annual growth of the SD-WAN market is estimated at 40%, according to IDC. Though it is still in the maturation phase, SD-WAN offerings have already evolved well in adapting to new market expectations. So, is 2019 the year of SD-WAN?

SD-WAN’s explosive growth is in part due to its ability to enable the use of a combination of different access types at a site to deliver greater uptime and more available bandwidth for less money than legacy network services such as MPLS.

SD-WAN can potentially generate triple-digit ROI on accelerated payback intervals, contributing cost savings in the form of reduced network downtime, optimised network access costs and resource savings from a managed service. It’s worth taking a closer look at SD-WAN’s advantages beyond cost reductions and the implications for enterprise IT teams. The deployment of SD-WAN technology should also be considered for the benefits it can bring for applications that are sensitive to speed, latency and responsiveness.

The revolution SD-WAN brings can be summed up in its ability to identify the nature of the data flows, to prioritise them and to deliver them on any site of the company with the same homogeneity of performance — all orchestrated with a unique management interface. The IT department can use SD-WAN to arbitrate much more seamlessly between the decentralisation and/or globalisation of its enterprise footprint and its desire to have traffic managed through a central monitoring setup.

Legacy WANs had the advantage of being simple to administer and orchestrate. The SD-WAN layer, while providing agility, efficiency and better performance, also brings some complexity, requiring new skills for the teams responsible for operating the network.

Take, for instance, the security of data streams and direct access to services in the cloud from remote sites, which require a change in network architecture, mesh and route selection. Security must be thought about from the outset of the decision to adopt SD-WAN, and it must be integrated into deployments, cloud access, virtual instances, container services and beyond.

With network virtualisation, network monitoring has also become increasingly difficult, requiring IT teams to go beyond equipment and connections, and study applications and network topologies in different layers. This is where global network operators have an advantage over their non-operator competitors, as they can easily provide end-to-end monitoring from their supervisory portal.

The virtualisation of network technology that SD-WAN represents promises further upheaval to come…for further insight, this piece continues in part 2.

The author is Todd Kiehn, VP of product management at GTT