The buffet of data that 5G serves the IoT could make it drowsy. Will MATRIXX Software step up to the plate?

Dave Labuda, the co-founder and CEO of telecoms reformer MATRIXX, has opened a restaurant in Silicon Valley called Cetrella. This raises a number of questions: Hasn’t he got enough on his plate already? How does he do it? Is it part of a cunning plan to explain the Internet of Things (IoT) business through a data/dining metaphor?

Labuda and Jennifer Kyriakakis jointly created MATRIXX, writes Nick Booth, with the mission to make telcos live more healthily, by examining their data in-take, bringing out the full flavour of their ingredients and livening them up in both thoughts and deeds.

If data really is the nutritious lifeblood of companies, it made perfect sense to analyse our relationship with it. We all need a stricter data diet and MATRIXX pioneered this discipline to make companies more lean, lithe and loquacious.

Telcos were problem eaters of data before everyone else caught this societal disease. They had silos of information and the build-up of these deposits near all the vital organs caused system sclerosis.

By breaking up these fat chunks of solidified data deposits, MATRIXX made it easier for companies to digest and extract nutritious morsels. 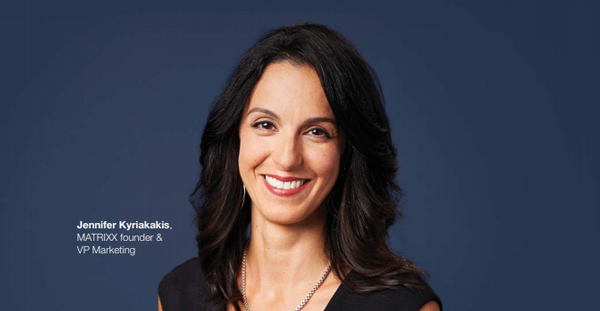 The data diet, according to Labuda, needs to be balanced or the corporate body slows down. Finance data strengthens the company, the organisational brain is factose-positive and intelligent leads will energise the sales arms and delivery legs. It all needs to be in the right proportions, fed to the right places at the right time. This is what MATRIXX achieved through its business support systems (BSS) data diet and operations support systems (OSS) exercise regimes. They were so popular for so long that the MATRIXX regime attracted nine financial backers and US$100 million in venture capital.

The next battle is going to be much tougher: telcos versus the IoT. Though MATRIXX’s telco clients love the taste of their new-found liquidity, and clarity of thought has cleansed their palate for mobility, the IoT business is still a daunting new generation game.

In preparation Labuda has relinquished his role as CTO and appointed telecoms veteran Marc Price as his successor. Price’s experience of pioneering 3GPP, 5G and the IoT will be invaluable in devising exercise programmes for telcos. They’ve got to work their backbones into flexibility, bulk up their ‘facs’ (facility muscles) and make their data centres more supple, according to Price. “The modern telco host will have to be more web scale,” he says. 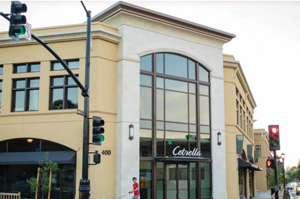 A data diet is essential as speed of thought is critical, according to co-founder Kyriakakis. In the modern age everyone’s overwhelmed with tsunamis of incoming data, so modern corporations must deal with each surge as it comes. Deal with it immediately, or not at all, seems to be the mantra of the new strategy.

The best way to get a balanced diet from this data ‘firehose’ is to ‘stream’ it and consume the various types of data in proportion, according to Kyriakakis. Is this the way forward for the IoT? Deal with data immediately, or not at all?

Who knows? With its accounting background it is unlikely MATRIXX would allow companies to ignore their historical data. But streaming does seem the best way to consume data and act on it to maximum effect.