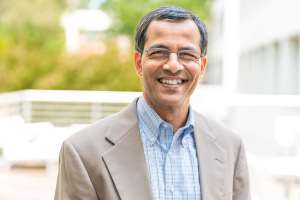 VMware, Inc. has expanded its Telco and Edge Cloud portfolio to drive real-time intelligence for telco networks, as well as improved automation and security for telco, Edge and IoT applications.

Already serving as a key infrastructure provider for most communications service providers and enterprise customers around the world, VMware is focused on enabling them to efficiently deploy and monetise their 4G and 5G network investments through an expanded set of use cases targeting enterprise customers.

VMware has also closed its acquisition of Uhana, an AI-based solution for tuning radio access networks (RANs); the next release of its OpenStack solution, VMware Integrated OpenStack (VIO) 6.0; and the on-premises version of Pulse IoT Centre.

With the rollout of 5G applications, service quality is becoming a key differentiator in the ability for CSPs to meet competitive pressures and reduce churn of consumer and enterprise customers. This imperative will be even more important with the increasing virtualisation of RANs and core networks through technologies like network functions virtualisation (NFV), SD-WAN, and the adoption of e-SIMs on mobile and IoT devices.

VMware has now completed its acquisition of Uhana, a company that has built a real-time deep learning engine to optimise the quality of telco network experience. Uhana provides a predictive artificial intelligence engine that optimises the mobile network subscriber experience. Uhana intelligent analytics will complement and enhance the service assurance capabilities from VMware Smart Assurance, as well as other network data collection products.

VMware continues to strengthen its position as the SD-WAN solution of choice for the majority of CSPs around the world. VMware SD-WAN by VeloCloud is now used by over 100 CSPs globally, which enable thousands of enterprises to achieve improved application performance, rapid WAN deployment, and simplified network operations.

As communication service providers transform their network architectures from 4G to 5G, build out Edge data centres, and manage multi-cloud deployments, many are discovering that their prior bets on legacy OpenStack software providers are leading them to siloed environments with cost overruns.

The resulting difficulty in making implementations operationally manageable and connected to private, public, and Edge cloud environments can affect customers and revenue. With the launch of VIO 6.0, VMware is continuing to invest in OpenStack-managed virtualised telco clouds with a focus on making them operationally deployable, container capable and multi-cloud ready.

VMware’s VIO 6.0 will provide communication service providers with a common platform that has consistent policies in a multi-cloud environment. The latest release of VMware Smart Assurance with VMware Integrated OpenStack provides assurance capabilities that will deliver service impact and root-cause analysis with visibility across physical and virtual OpenStack networks, as well as multi-cloud networks. With VMware Smart Assurance and VIO 6.0, communication service providers will gain an automated approach to operational intelligence to reduce service impact and operational expenses.

5G networks are being built with the premise that they will be cloud native, enabling communication service providers to accelerate time to deploy while providing greater resiliency and flexibility. The latest release of VMware Integrated OpenStack 6.0 includes support for Kubernetes, thus giving communication service providers a cloud native platform for container-based applications and services.

With the promise of 5G spurring innovation, and as the number of connected devices and IoT use cases in enterprise environments continues to increase exponentially, organisations are looking to Edge deployment options. Building on VMware’s commitment to IoT and Edge, VMware’s new release of Pulse IoT Centre 2.0 on-premises will complement the previously released SaaS version, providing VMware customers with flexibility and choice of deployment options. Customers looking to scale and manage their IoT deployments securely across their enterprise now have the option for control of their on-premises deployment.

“5G networks will deliver unprecedented levels of speed and ultra-low latency, resulting in new use cases for Telco and Edge Clouds limited only by imagination. CSPs and enterprises will benefit from the multi-cloud interoperability, uniformity in architecture and consistency in policies across private, public, telco and Edge clouds provided by VMware,” said Shekar Ayyar, executive vice president and general manager, Telco and Edge Cloud, VMware.

“Furthermore, with the addition of AI-based learning capabilities from our Uhana acquisition, telco and Edge clouds will become significantly smarter in their capability to provide better service and remediate and correct faults quicker,” he adds.