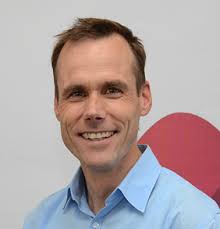 Mainframe replacement is a phrase that turns the blood to ice in the veins of most telecoms IT professionals but these ambitious projects are starting to happen with greater regularity as mainframes reach their fourth – and sometimes fifth – decade of operation and the cost of operating them starts outstrip the risk associated with replacement. VanillaPlus managing editor George Malim recently interviewed Markus Tschumper, the head of general IT services at Swisscom, to learn about the communications service provider’s recent migration of traditional mainframe workloads to the cloud, running on a software defined mainframe from LzLabs.

Swisscom moved its business critical legacy mainframe applications and data to its own enterprise cloud infrastructure, without any data reformatting or recompilation of its application programme code. The CSP achieved approximately 60% IT cost reduction as a result of this project to entirely phase out its legacy mainframe, which it has now switched off.

George Malim: What business requirements drove you to replace mainframes after more than 30 years?

Markus Tschumper: We had a proof of concept in the summer of 2016 and based on the situation of every telco being under pressure we were looking into areas that could achieve reductions in capex and opex. Licence fees are very high in the mainframe environment so my technical lead architect was open-minded and said the software defined mainframe approach being put forward by LzLabs might work.

I then made the business case and we calculated that when we moved the entire mainframe workload to software defined mainframe we’d make savings of 50-60%. That was the focus when we started the project but the second challenge was that it’s hard to find developers for launguages such as COBOL. What’s changing now also is that you’re operating crew is getting to an age where they’re retiring and finding interested replacements is very difficult. By adopting this cloud-based approach it will be easier to find the skills we need within the company or on the open market as needed.

GM: Which applications have you migrated?

MT: The three apps were business critical; our billing system for the old analogue telephony system, our app for the wholesale infrastructure of the landline analogue business and our number repository. The number repository handles the fixed line numbers for Swisscom customers and those of our competitors so it was vital that service was uninterrupted.

GM: What were your greatest concerns about initiating a project of this scale and scope?

MT: There are, of course, a lot of technical challenges involved but this is also a cultural challenge. Luckily, I’m not a mainframe person but I approached the mainframe team as their manager and said that we’re going to phase out the mainframe. Everyone had heard this was going to happen for the last ten years but everyone involved in mainframes has pride in the availability they maintain and the knowhow they have. However, they did recognise the need to go through this process.

We brought in a neutral coach to help the team overcome their concerns and one of these was the need to convince them that the new system will work.

GM: Why did you select the software defined mainframe from LzLabs?

MT: One of the reasons we chose this was that no re-compilation of the data was needed. One of the applications was invented in the early 1970s and I don’t know how many upgrades there have been since. In addition, the source code is not available 100% of the time and the knowhow of those operating the app is only partly available. Software defined mainframe was the only solution that made it possible to migrate without any recompilation on the app side.

We chose LzLabs first for the solutions itself and secondly for the company’s knowhow and their way of working and communicating was very good. It was a challenging project and it’s important you have the same understanding and values in order to solve problems when they emerge.

GM: What results have you seen since the migration completed?

MT: Now, after moving a 40 year old application to the cloud we have an argument to say to other parts of the business, we moved this so it might be possible for you to move your piece as well. It’s been a great success and the team has also transformed.

A nice part of the story is that the team leader of the mainframe operating team, who had brought the mainframe into the data centre in the 1990s early in his career was the one who switched it off. He was pleased to have brought down the mainframe before he retired because it was important for him to know that the challenge of its replacement was completed during his career.

Culturally, this is a big change and five years ago, I don’t think the mainframe team would have supported us in the same way. They want to know the future of the system is secured and this achieves that.

A further proof of success is that last year we decided to offer mainframe as a service to our enterprise customers so they can also benefit from our experience and get more flexibility and cost savings in their own operations.