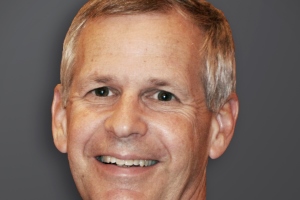 Dish Network will enter the U.S. wireless market as the fourth nationwide facilities-based network competitor. Dish has reached agreements with the Antitrust Division of the U.S. Department of Justice, T-Mobile US, Inc. and Sprint Corporation to complete this transformative transaction.

Additionally, Dish has committed to the Federal Communications Commission that Dish will deploy a facilities-based 5G broadband network capable of serving 70% of the U.S. population by June 2023, and has requested that its spectrum licenses be modified to reflect those commitments.

Following completion of the merger of Sprint and T-Mobile, Dish will:

“These developments are the fulfillment of more than two decades’ worth of work and more than $21 billion (€18.8 billion) in spectrum investments intended to transform Dish into a connectivity company,” said Dish co-founder and chairman Charlie Ergen. “Taken together, these opportunities will set the stage for our entry as the nation’s fourth facilities-based wireless competitor and accelerate our work to launch the country’s first standalone 5G broadband network.”

On the broader work of both the Federal Communications Commission and the U.S. Department of Justice in facilitating competition in the U.S. wireless industry, Ergen said, “The FCC and the DOJ are to be credited for laying the groundwork for an innovative 5G wireless ecosystem that will introduce new opportunities to American consumers and businesses, while enhancing competition in the wireless industry.”

“We’ve been here before,” said Ergen. “When we entered pay-TV with the launch of our first satellite in 1995, we faced entrenched cable monopolies, and our direct competitor was owned by one of the largest industrial corporations in the world. As a new entrant, Dish encountered many skeptics who questioned our ability to succeed.”

“But, customers loved the disruption we brought to the marketplace with innovations such as a 100% digital experience, local-into-local broadcast, the DVR and ad-skipping. Our substantial investments, constant innovation, aggressive pricing and commitment to the customer led us to become the third largest pay-TV provider. As we enter the wireless business, we will again serve customers by disrupting incumbents and their legacy networks, this time with the nation’s first standalone 5G broadband network.”