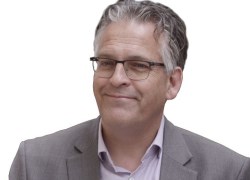 Businesses are increasing the pace of investment in AI systems to defend against the next generation of cyberattacks, a new study from the Capgemini Research Institute has found.

Two thirds (69%) of organisations acknowledge that they will not be able to respond to critical threats without AI. With the number of end-user devices, networks, and user interfaces growing as a result of advances in the cloud, IoT, 5G and conversational interface technologies, organisations face an urgent need to continually ramp up and improve their cybersecurity.

AI-enabled cybersecurity is now an imperative: Over half (56%) of executives say their cybersecurity analysts are overwhelmed by the vast array of data points they need to monitor to detect and prevent intrusion. In addition, the type of cyberattacks that require immediate intervention, or that cannot be remediated quickly enough by cyber analysts, have notably increased, including:

Facing these new threats, a clear majority of companies (69%) believe they will not be able to respond to cyberattacks without the use of AI, while 61% say they need AI to identify critical threats. One in five executives experienced a cybersecurity breach in 2018, 20% of which cost their organisation over $50m (€44.4m).

Accordingly, almost half (48%) said that budgets for AI in cybersecurity will increase in FY2020 by nearly a third (29%). In terms of deployment, 73% are testing use cases for AI in cybersecurity. Only one in five organisations used AI pre-2019 but adoption is poised to skyrocket: almost two out of three (63%) organisations plan to deploy AI by 2020 to bolster their defenses.

“AI offers huge opportunities for cybersecurity,” says Oliver Scherer, CISO of Europe’s leading consumer electronics retailer, MediaMarktSaturn Retail Group. “This is because you move from detection, manual reaction and remediation towards an automated remediation, which organisations would like to achieve in the next three or five years.”

However, there are significant barriers to implementing AI at scale: The number-one challenge for implementing AI for cybersecurity is a lack of understanding of how to scale use cases from proof of concept to full-scale deployment. 69% of those surveyed admitted that they struggled in this area.

Geert van der Linden, Cybersecurity Business lead at Capgemini Group says “Organisations are facing an unparalleled volume and complexity of cyber threats and have woken up to the importance of AI as the first line of defense. As cybersecurity analysts are overwhelmed, close to a quarter of them declaring they are not able to successfully investigate all identified incidents, it is critical for organisations to increase investment and focus on the business benefits that AI can bring in terms of bolstering their cybersecurity.”

Additionally, half of surveyed organisations cited integration challenges with their current infrastructure, data systems, and application landscapes. Although the majority of executives say they know what they want to achieve from AI in cybersecurity, only half (54%) have identified the data sets required to operationalise AI algorithms.

Anne-Laure Thieullent, AI and Analytics Group Offer leader at Capgemini concludes “Organisations must first look to address the underlying implementation challenges that are preventing AI from reaching its full potential for cybersecurity. This means creating a roadmap to address key barriers and focusing on use cases that can be scaled most easily and deliver the best return. Only by taking these steps can organisations equip themselves for the rapidly evolving threat of cyberattacks. By doing so, they will save themselves money, and reduce the likelihood of a devastating data breach.”

The report can be downloaded here.