5G investment focus in UK turns to manufacturing and industry, and telcos start to play in AI sandpit 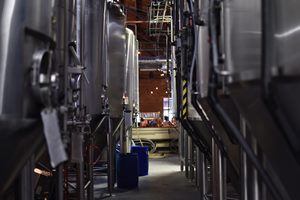 WEEK IN TELCO IT – You may have heard the UK Government is investing £40 million (€44.7 million) in 5G (5th generation wireless communications) testbed and trial projects. These are specifically looking at 5G applications in manufacturing.

To date, says the government, investment in the 5G testbeds and trials programme has driven research and development in healthcare, tourism, transport and broadcasting. Now, as Jeremy Cowan reports, the investment will support similar work in logistics and manufacturing.

Given the depth of global discussions and the number of conferences and events tackling Industry 4.0 and digital transformation for original equipment makers (OEMs), this is either timely or overdue. That probably depends on your expectation of governments as industrial pathfinders.

The latest round of investment is being made as part of a £200 million project to test 5G technology, technology that is intended to provide wireless links up to ten times faster than 4G, while also enabling networks to support more than a million devices per square kilometre.

Commenting on the news, Phil Sorsky, vice president, International at CommScope, adds, “We’re currently in the cautious early adoption stage of 5G, and some consumers in the UK have already received a first taste of the tech in specific geographic locations, using certain applications, none of which are ubiquitous or cost-optimised. (Also see: No need for industry to wait for 5G and Savvy enterprises ‘already strategising’ their use of IoT in the 5G era).

“It is also positive to see any government investing in the manufacturing applications of 5G, as the technology means so much more than just quicker download speeds for consumers.” He continues, “Connected devices are talking to each other and making decisions without human intervention. As machines become smarter with more data, factories are producing more and becoming more efficient; this process will only be accelerated by the 5G roll-out, boosting the productivity and output of the UK economy.”

“5G will also begin to enable the wider use of virtual and augmented reality in the manufacturing industry, for example assisting workers with complex assembly tasks and quality control, through lower latency and greater consistency,” Sorsky adds.

AI is becoming a core capability for telcos

New research from STL Partners shows that only one in five telco artificial intelligence (AI) projects has made the leap from proof of concept (PoC) to live deployment.

For those of you who regularly visit our sister site www.IoT-Now.com this research will bear an uncanny resemblance to our recent reports on high failure levels among IoT proofs of concept. (See: IoT: Where are we going wrong?)

So how, they ask, can telcos improve the hit rate and achieve real performance improvements? (See: Telco AI: How to organise and partner for maximum success).

The Executive Briefing, which was researched and written independently by STL Partners and supported by Nokia, says, “Artificial intelligence (AI) has become a key enabler of the digital transformation journey for service providers in the telecoms industry, providing them with the insights and capabilities they need to be more agile and take a more software-centric approach to their role. 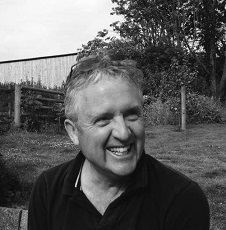 In this report, STL provides an overview of the state of AI in the telecoms industry. Supported by in-depth interviews plus an online survey of more than 50 leading telcos around the world, it looks at where the industry is looking to progress and how it is planning to do so — and identify the strategic and business opportunities that are being enabled by AI.

STL clarifies that in the telco context what it means by “artificial intelligence” is using computing capabilities to perform tasks traditionally associated with humans (such as inference, planning, anticipation, prediction and learning) in human-like ways (e.g., autonomous, adaptive). Its definition incorporates machine learning (ML) as a subset of AI that focuses on the ability of machines to receive datasets and adapt responses in pursuit of a goal.

Figure 1 shows the stages it expect telcos will have to go through as they to move from manual to automated and then to AI-augmented processes.

STL says, “A long-term ambition for many telcos is to reach the orange zone in Figure 1: a state in which their systems and processes run and learn from themselves with human input limited to the setting of desired business goals.

“Today, most telcos are still figuring out how to play in the blue zone. They’re using targeted data analysis to inform largely human-led decision-making processes, or they’ve implemented some fixed-policy automation where machines follow a script written and inputted by a human.” For more information, click here.