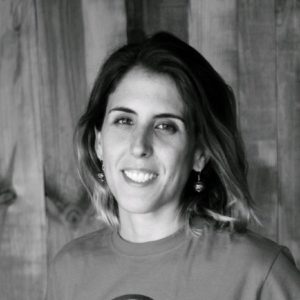 Huge excitement surrounds the application of artificial intelligence (AI) in the telecoms industry as communications service providers (CSPs) look to operate more effectively and provide richer, automated experiences to customers. The theory’s sound but talk is cheap so it was refreshing for George Malim to speak to Telefónica executives José Ramón Gómez Utrilla and Irene Gómez at Digital Transformation World in Nice, France.

Telefónica is among the CSPs leading the charge into AI having launched its AURA platform two years ago at Mobile World Congress 2017. AURA, which Telefónica describes as a fourth platform enabled by cognitive capabilities, helps users to manage their digital experiences with the company and control the data generated by its products and services in a transparent and secure manner. It is the fruit of sustained investment totalling €48bn since 2012 in end-to-end digitalisation of the CSP extending from the infrastructure to IT and into the development of new digital products and services. It’s thought of as the fourth platform because it follows the first platform if infrastructure, the second platform of IT systems and the third platform of the products and services Telefonica offers its customers. 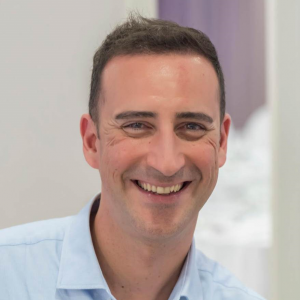 “Our mission with AURA is to create a new engagement with our customers to allow them to interact with us in real-time with natural language,” explains José Ramón Gómez Utrilla, senior product manager in the AURA unit at Telefónica. “This means creating a personalised, omnichannel one-stop-shop to strengthen the customer relationship model.”

To that end, Telefónica has subsequently rolled out AURA in six of its operating markets in both Europe and Latin America with three further markets to be added in Latin America this year. “We decided to begin from different points to see how AURA is adopted and to develop different use cases,” says Irene Gómez, the global digital product director for AURA at Telefónica. “In Brazil, for example, we are providing an omnichannel experience across 22 channels where our top objective is create more and more experiences. We have a device that includes AURA by design and has the intent of concentrating experiences in the home. We began connecting our proprietary services via the TV, enabling users to ask for content or change the TV channel.”

“In Germany, AURA is integrated in the web channel,” she adds. “We have developed a global platform that is deployed locally. There is only one development and services are local.”

This global development is then utilised to enable services in local markets. “We focus on global enablers and understanding user connections to different channels,” explains Gómez Utrilla. “The value on a regional level is that we can replicate the skills of the global team at a local level so we have the language, the neuro-linguistic programming (NLP) and other skills that are common globally to build new use cases that are locally relevant.”

Gómez Utrilla is keen to emphasise that data privacy has been considered and is carefully guarded. “We are talking about personal data so we need to be very careful about what is shared,” he says.

Both executives point out that AURA is far more than simply a conversational agent and forms the basis for rich digital experience for customers. “AURA enables a new customer relationship model based on data,” confirms Irene Gómez. “We did a lot of research into this and the conclusion was to build it in layers and introduce it in a staged way. We have people who want to know more and understand the customer promise and the attention to privacy. We’re also working on the language in which we communicate in order to simplify that.”

While it’s still early days, in 15 months of production AURA has two million monthly active customers and there have been 30 million connections so far. “These help us to shape the product,” she adds. “There are early positive signs, especially in Brazil where we have found that 80% of people who interact with AURA don’t call the call centre in the next 48 hours.”

As AURA continues to enter new markets and users increase their utilisation of the services, Telefónica will continuously increase its knowledge of how customers interact and this can be applied from local to regional to global markets. Reduced call centre interactions among users barely scratches the surface of the operational and customer benefits to come in future.