Qvantel brings Lazzari from France to Finland as its new CEO 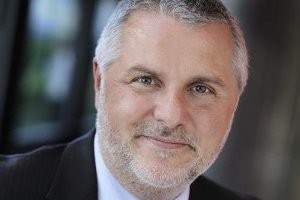 Qvantel has decades of experience leading successful digital BSS transformations for telecoms around the world, with significant telcos in Europe, APAC, Latin America, and Africa. The company has offices in Finland, Colombia, Estonia, India, Italy, Spain, Sweden, Singapore, Ukraine and the USA.

Chairman of the board, Matti Roto says: “Jean-Marc is an accomplished leader with significant business experience and expertise in growing and improving international technology-based businesses in Europe and the United States. He is a people and customer-oriented individual with an adventurous spirit and a strong history of leading and bringing together highly engaged teams for shared success. We look forward to working with him as we continue the exceptional growth of our business.”

Lazzari is described by Qvantel as a highly experienced, successful, and well-regarded business leader with extensive experience leading large-scale international companies, strategic planning, and operational transformations. He has created, acquired, and developed several companies in both the telecommunication and technology industries.

Jean-Marc Lazzari says: “I am honoured to have been chosen to lead Qvantel as we enter the acceleration phase of its development. With the company’s strong customer base, deep pool of talent, and robust order book, the future looks bright and exciting. I look forward to take the company to the next level to be able to meet the challenges of the future head on.”

To carry out his duties as the new CEO of Qvantel, Jean-Marc will move from France to Helsinki, Finland with his wife and two youngest children. Privately-held Qvantel is one of the fastest growing companies in Finland in financial, employer, and international performance. During 2015-2018, its turnover grew from EUR 28 million to EUR 94,4 million and personnel from 250 to more than 800 today. Qvantel has also established offices across four major continents.

While on a high growth path, Qvantel has at the same time invested 20-25% of yearly revenues back into R&D and expanded geographic presence while still maintaining a healthy profit level (15-20% EBITDA).

Previous CEO, Ove Anebygd joined Qvantel as CEO in February 2017 and has been instrumental in leading the company through very positive years of growth and multiple successful telecom digital transformations. The board has announced that he will continue in the company in the role of Senior Advisor to the Board, with a focus on expanding Qvantel into new regions, growing its customer base and exploring new business partnerships.

The board has welcomed Jean-Marc Lazzari and thanked Ove Anebygd for the 2.5 years he has served as Qvantel’s CEO and the remarkable achievements he has delivered to the company during these years. Lazzari will be based in Helsinki, Finland at the Qvantel headquarters, and Ove Anebygd will be based at Qvantel’s new office in Amsterdam, the Netherlands.