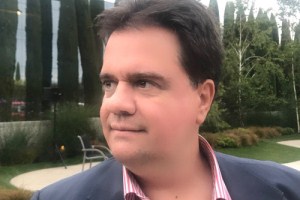 In addition, Orange Spain has been one of the very first Service Providers to test innovative AI-based tools to help and enhance their Operation and Maintenance in the Optical Domain while providing the foundation towards Automation in its Transport Network.

Moreover, Orange Spain has been investing in infrastructure networks for a long time and has continuously innovated on network technologies. In 2018, Orange Spain and Huawei jointly took the lead in building the North-East Ring 200G network system. This pilot deployment of 400G/wavelength and AI test of Optical Line Health Prediction reflects Orange Spain’s continuous evolution and innovation in the optical network field.

Manuel Sánchez, Network Planning director at Orange Spain, pointed out: “This joint test is very important for Orange. We have been seeking for technological innovation to efficiently and reliably expand our network bearing capabilities, thereby providing the best service for customers. Based on the new 400G/wavelength and AI-based Intelligence O&M technologies, Orange has confidence in providing high-quality connections to accommodate the yearly increasing traffic growth and to prepare the network for future evolutions such as 5G”.

Richard Jin, president of Huawei Transmission & Access Product Line, said: “Huawei has maintained its technological innovation in the optical network field and promoted the optical network industry to the Optical Networking 2.0 era. The successful pilot deployment of 400G/wavelength and testing of Optical Intelligence (OI) are the full verification of Huawei’s Optical Networking 2.0 solution. In the future, we will keep on supporting Orange Spain in coping with service challenges in the 5G era to achieve its business success.”