The benefits of a cashless society 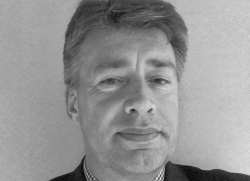 Our spending behaviour is certainly far different from what it once was. After all, how often do you now purchase goods and services using cash or coins? For many of us, says David Orme, senior vice president at Idex Biometrics, physical currency is proving to be a thing of the past. In an age of rapidly increased digitalisation, our spending habits have followed a similar fate to that of the paper map or a photo album.

However, whilst we are clearly well on the way to becoming a fully cashless society, the truth is the finish line is still some way off. Before broader adoption can be achieved, there is still much to address in terms of general knowledge and raising awareness around the benefits of a cashless future.

So, what are the benefits of a cashless society and how will it benefit the UK?

Firstly, there are extensive benefits of a cashless society from a societal perspective. One major area of potential transformation is the end of cash-based criminal activity. Consider, for example, the extent to which physical crime can be associated with cash, such as pickpocketing and bank robberies. Through reliance on payment cards however, we can expect a reduction in this activity. If a card has been stolen it can be blocked right away. To go one step further, if the payment card has a fingerprint biometric sensor, the criminal will be unable to gain access in the first place!

Less cash also means faster and more secure transactions. We’ve all found ourselves stuck at the back of an irritatingly long queue, probably around Christmas, where someone takes forever to pay and perhaps even counts out their cash. Limiting payment methods to cashless only, will see the end of long queues and encourage more efficient checkout processes. Not to forget, of course, it would eliminate the hassle of having to carry cash and count it out!

In addition, it can often be hard to track your spending when you’re primarily paying in cash as paper receipts so often find themselves lost or thrown away. With card transactions, however, monitoring spending is far more straight-forward through online banking. Some banks now even offer online services to help track spending.

Lastly, by collecting more extensive data through card transaction histories, consumers will be able to build better behavioural profiles. The benefits here are twofold. Not only are consumers given a tailored shopping experience, but businesses can use this insight to maximise sales and build loyalty by tailoring offers and services that directly address consumers spending habits and preferences.

There would also be considerable benefits to businesses too. For one, with a cashless system and no physical money, it limits the levels of theft. For example, there are far fewer opportunities for a criminal to break in and access money from a safe or for any employees to steal from the till.

A rise in cashless payments will directly contribute to a fall in money laundering. This high-level financial crime is far more difficult to get away with when there is a clear data trail of every payment received from financial institutions. This will help credible, reputable businesses to avoid being caught up in scrutiny from authorities by being unintentionally involved with criminal enterprises.

Often money laundering can also give an unfair competitive advantage to front-companies that generate additional earnings from illicit activity. Through these criminal funds, front-companies are able to offer products at prices well below their market value, in order to speed up the process of cleaning ‘dirty’ money.

In these cases, legitimate businesses can suffer the consequences of an unfair competitive disadvantage, which could lead to private sector business being dominated by criminal organisations. Ultimately therefore, helping to transfer more financial power from criminals to legitimate firms can only be a positive for the private sector!

As well as that, businesses can be provided with labour time savings with an end of cash management and no longer having to worry about protecting large sums of cash. Not only is the handling of cash time-consuming, but it is expensive, particularly for small businesses. A recent industry survey estimated cash handling costs each retailer in the UK £3,638 (€4222) a year, adding up to a total national bill of £17.8 billion (€20.6 billion). Highlighting a clear business case to see the end of cash.

Lastly, retailers can benefit from the fact that the average transaction value (ATV) increases with card payments. This is due to the reality that we are more likely to decide against small purchases when paying with cash, as we may not have the right amount to hand or don’t want to break large notes. It also means we are more likely to make impulse purchases at the till!

Ultimately, going cashless is particularly attractive to business owners as they can have less private sector money laundering, reduce the costs associated with cash management and provide payment options that appeal to the modern customer.

Whilst there is an extensive string of benefits for a cashless society, not enough is being done in the UK to promote this positivity. Thankfully, in our journey towards payment innovation, there are some lessons to be learnt from around the world.

Take India for example. In November 2016, the country stopped the circulation of 500 and 1,000-rupee notes to penalise criminals. The move created much unrest and discontent throughout the country as banks ran out of cash after the ban on these notes, which accounted for about 85% of the money in circulation.

It led to a slowdown in economic growth and the majority that relied on the cash economy were badly hit. This provided a valuable lesson for any nation looking to rush its descent into a cashless society: out-right banning cash is dangerous and if anything, could create a society that would suffer from a cashless economy.

A 2017 study by Forex Bonuses looked at 20 of the world’s top economies and found the UK to be the third most cashless society in the world. This was based on a range of factors including debit cards per capita and the proportion of consumer transactions using non-cash methods. In joint first and second places were Sweden and Canada respectively. Although the UK is clearly, therefore, experiencing great progression in this space already, there are still learnings we can take from these economies above us in this list.

In comparison to India, counties such as Sweden and Canada have progressed towards becoming a cashless society through more evolutionary methods. Sweden is currently leading the way towards becoming the world’s first completely cashless society, and only 2% of transactions are cash-based, according to the Swedish central bank Riksbank. The country is, however, experiencing some concerns around the pace of change in the region, as seven out of 10 Swedes still want the option to be able to pay with cash in the future.

So how does all of this translate to the UK? Well, although cashless is the future, the current events in Sweden would suggest a payment utopia would still give people the option to use cash. As younger generations grow up and begin to account for the majority spending power in the UK, we will naturally progress to a more cashless future. However, it is important not to jump straight to an ‘all or nothing’ approach or to stop people from being able to spend the way they want to, which would easily run the risk of alienating vulnerable groups.

A fully cashless society may appear to be some way off at the moment, but the next major shake-up that will drive our move towards completely ditching physical currency will be the introduction of the fingerprint biometric smart payment card. Now, the long-held ambition to add biometrics to cashless transactions has now been achieved, with the production and trials of an extremely thin, flexible and durable fingerprint sensors suitable for use with payment cards. As a result, 2019 is set to be the year that biometric smart payment card adoption will go into the many millions!

The author of this blog is David Orme, senior vice president at Idex Biometrics