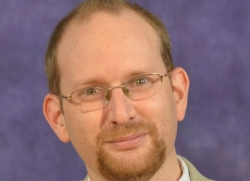 The proportion of worldwide digital content paid for via carrier billing is expected to nearly double over the next five years, according to a new study from Juniper Research.

The study, Direct Carrier Billing: Forecasts, Player Strategies & Emerging Opportunities 2019-2024, found that with most leading app stores and content providers now seeking to enable carrier billing as an option, consumer spend via the mechanism is expected to rise from US$28 billion (€24.9 billion) last year to nearly $90 billion (€80.2 billion) by 2024.

It claimed that carrier billing deployments would benefit both operators and content publishers; allowing the former to generate a revenue stream from content while enabling the latter to gain subscribers by using carrier marketing channels.

The research argued that the option was likely to be particularly popular in regions such as Latin America and the Indian Subcontinent, where it will probably be a major facilitator of end user content spend. However, even in markets such as the US where card payments currently predominate, Juniper claimed that the convenience and growing availability of carrier billing would see it increasingly used for content subscriptions as well as impulse purchases. It stated that as a result, US carrier billed spend would more than double to $8.6 billion (€7.6 billion) by 2024.

Furthermore, the research cautioned that for industry stakeholders to maximise the scale of their opportunities, they needed to ensure that measures were in place to reduce the risk of fraud. According to research author Dr Windsor Holden, “Customers, whose personal data is compromised by techniques such as clickjacking or iframe masking, will understandably be extremely reluctant to browse and buy content in the future.”

The research argued that techniques such as iframe blockers and intelligent fraud risk assessment tools, allied to the anonymisation of payment details, were critical to maintaining consumer confidence and sustaining growth.

For more information, download Juniper’s complimentary whitepaper, ‘How Netflix and Its Rivals are Fuelling Growth Through Carrier Billing’.