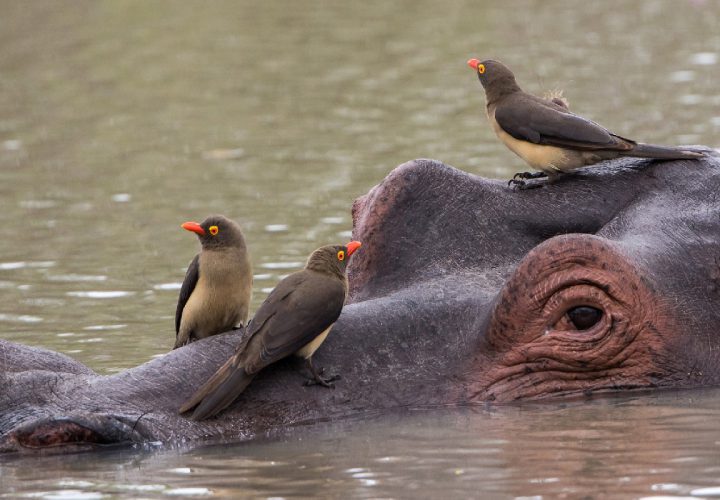 Coming back from MWC19, my head agog with robots, AI and the realisation of 5G, the phrase that kept recirculating was ‘building the ecosystem’, specifically the 5G ecosystem, writes George Malim.

It’s apparent that 5G is no longer seen as simply the next G, nor is it the previously-advertised straightforward software upgrade to 4G. In fact, it’s such a leap in terms of uplink and downlink speed, reduced latency and endpoint support per cell that 5G isn’t really a radio thing anymore. That’s why it needs an ecosystem.

Services, applications, devices and business models are all needed in order to utilise 5G functionality in ways that benefit users, enable business cases for organisations and provide those that build 5G networks with returns on their investments. Note that I did not say the network builders are necessarily today’s communications service providers (CSPs). We’re seeing other types of organisations assessing 5G network build strategies, such as digital service provider Rakuten in Japan, among others.

I’m fully on board with this need for the ecosystem around 5G to develop. The Internet of Things (IoT), servitisation of products, automation of processes, environmental efficiency, digitalisation and the future of the telecoms industry all depend on this ecosystem emerging and then maturing. However, at MWC19, the ecosystem talk is all friendly, collegiate and, to steal the UK Labour Party’s tagline, for the many, not the few.

The cliché storm is about pie growth, not slice size but make no mistake, the pie is already substantial. The upsides for ecosystem participants are therefore significant but let’s not pretend everyone will stay friends. Slice size will soon be more important than pie growth and most will want extra cream if it’s on offer.

5G is an ecosystem after all and it is composed of predators and prey. Fast moving, new entrants with vicious new capabilities that slower organisations are not equipped to defend against will make huge gains. Think of these as the big cats of the 5G ecosystem. However, they will not be numerous – an ecosystem can only sustain a limited pride of lions and often the cheetah hunts alone.

Therefore these predators will not be able to displace the more numerous, longer-established companies. These are the herbivores of this ecosystem and they perform a vast range of activities, playing their part in the cycle of life.

The large populations of wildebeest or zebras, for example, look to me like web giants such as Google or Facebook. They’re everywhere, always alert, and present in great numbers. They can sustain relatively large population loss from attack while still occupying their position in the ecosystem.

The lumbering giants such as elephants, hippos and rhinos move more slowly but are more able to fend off attacks thanks to their sheer scale and thick hides. An elephant might be a traditional broadcaster – quite capable of being disruptive but often happy to continue with business as usual. A rhino might be an old industrial concern, cautious to protect the value of its horn from poachers, but comfortable with its heritage and strength to fend off big cat attackers.

A hippo could be a telco, wallowing in the cool mud on a hot afternoon, happy that it’s infrastructure gives it a secure position in the ecosystem. Here, the providers of telecoms IT – traditionally O/BSS vendors – look increasingly like oxpeckers, the small birds that remove bugs from hippos. Their systems are becoming of greater importance to others and oxpeckers also clean crocodiles’ teeth, groom rhino and help keep zebras clean.

In this scenario, the apex predator increasingly looks to be a dentist from Houston holidaying big game massacre across the ecosystem. This could also be true in the 5G ecosystem – it’s ultimately the end user that calls the shots and decides who succeeds and who fails.

However, that doesn’t mean that beneath the apex predator, there isn’t a struggle for life and death between other ecosystem participants. Wildebeest can’t kill elephants directly but they can drain the waterhole and strip the veldt of grass, denying elephants a means to survive. Hippos meanwhile are the world’s most dangerous land mammal so even the human apex predator should exercise caution. If end customers exert too much downward price pressure, telcos will be disincentivised to build 5G networks and the ecosystem will wither.

This is what’s interesting about the current state of the 5G ecosystem. Nobody’s role is set and competing pressures and opportunities exist in all parts of the market place. CSPs could be content providers to connected or autonomous cars, while content providers build 5G networks and Google builds cars.

Don’t be fooled, in spite of the apparent 5G co-operation on display in Barcelona, this is an ecosystem, not a self-help group. Species will co-operate where it suits them, much like the oxpecker removing bugs from the hippo, but, when it doesn’t, war will break out.

Mind how you go, it’s a jungle out there and only the strongest will survive.