What is gigabit-class LTE and what impact will it have? 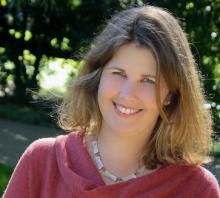 To understand what gigabit-class LTE is and why it matters for enterprise networking, it is essential to first recognise what 4G LTE has been and what 5G soon will be, writes Donna Johnson, the vice president of product and solution marketing at Cradlepoint.

Gigabit-class LTE vs. 4G LTE and 5G
In recent years, 4G LTE has developed into a key wide area network (WAN) source in network architectures of various shapes and sizes – including software-defined perimeter WAN (SD-WAN) configurations. From failover, or secondary connectivity, to primary links and even multi-carrier scenarios, cellular-based broadband is a necessity across virtually every industry.

How businesses use gigabit-class LTE
Wireless use cases for business and public agencies will rapidly expand and evolve as gigabit-class LTE and then 5G become the norm. In the meantime, Gigabit-Class LTE will have an immediate impact on networking in various situations, for example in live video surveillance for law enforcement – both in vehicles and at fixed spots around town. This is a critical M2M component of most law enforcement agencies’ networks, as it can help them save lives and capture suspects. Using the store and forward approach, many agencies have been using 4G LTE to send stored video footage to the cloud or headquarters only as needed.

Gigabit-class LTE provides the bandwidth and speeds required to enable higher-quality footage and uninterrupted live streaming at critical times, whether first responders are sitting in an office or in their vehicles. Combined with dual-modem in-vehicle routers and nationwide public safety networks, gigabit-class LTE is helping officers respond during emergencies more swiftly – and with more information at their disposal – than ever before.

Cut the wires
For organisations with a large number of far-flung sites, networking challenges rapidly evolve – especially as the scope of connected devices and applications continues to grow. In recent years, many of these enterprises have transitioned from highly expensive multiprotocol label switching (MPLS) to more affordable wired broadband – especially for SD-WAN configurations. However, even wired broadband can be difficult, complex, and time-consuming because it requires administrators to keep track of a different ISP in every region city or region, and it can take a long time to install. Some enterprises end up with hundreds of ISPs to keep tabs on and months of delays.

In response, many companies have been cutting the wires at some or all of their branch sites by deploying wireless as the primary connection. Transitioning to wireless WAN enables these organisations to substantially reduce their roster of service providers and total cost of ownership while boosting network availability.

With gigabit-class LTE available, even more companies can forego their wired link in favour of wireless WAN. For instance, gigabit-class LTE, and eventually 5G, will be a much more viable cut-the-wire option than 4G LTE for organisations that readily use a variety of latency-sensitive or high-bandwidth applications.

The pathway to 5G
4G LTE and gigabit-class LTE will work together as part of 5G to enable a wireless WAN future. 5G, the fifth-generation wireless broadband technology, will be 10 to 100 times faster than 4G LTE and will enable the connection density to support billions of devices. Eventually, 5G will encompass a wide range of spectrums and technologies that will make it an essential tool for both fixed and mobile use cases.

In the meantime, gigabit-class LTE is the latest step on the pathway to 5G. Available in hundreds of markets and through all major cellular carriers, gigabit-class LTE speeds are nearing and sometimes surpassing those of wired broadband, but with the additional benefits of cellular, including fast deployment, excellent resiliency, broad availability, and the utmost flexibility.

Of course, organisations will need wireless edge solutions that make the value of cloud-managed gigabit-class LTE and 5G attainable and optimisable. They need a smooth pathway to 5G that will allow public safety agencies and businesses to connect more people, places, and things with greater speed, security, and reliability than ever before.