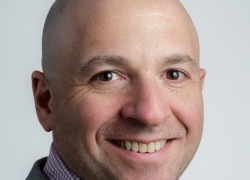 Yes, the headline is the right way around.

Japanese digital services provider (DSP) Rakuten has selected NEC and Netcracker Technology to provide it with a range of business and operations systems to support its mobile network launch. VanillaPlus managing editor George Malim spoke to Netcracker’s Ed Finegold to learn more about the deployment and how it differs from typical communication service provider (CSP) engagements.

George Malim: To what extent is this deal an inversion of the typical model of a CSP looking to become a DSP?

Ed Finegold: Rakuten has been revealing a bit at a time in terms of what its vision is and from the mobile operator point of view our role is on the customer experience side and revenue management. Billing in their world is different. Rakuten Mobile Network’s CTO, Tareq Amin, has stressed that their cost to operate, launch and roll-out should be substantially different to traditional CSPs but this is not a low cost play and it certainly isn’t about metering voice minutes and data consumption. Billing for Rakuten isn’t about revenue management, it’s value management. The more customers buy from Rakuten, the more they will be given.

GM: If the plan is to provide subsidised communications for people who buy Rakuten content, for example, what advantages does Rakuten have in comparison to a traditional CSP?

EF: Rakuten’s has the distinct advantage of not being hindered by any legacy. This means it can fully embrace what the digital first mobile experience can look like when there’s no legacy and no politics involved. Digitalisation is a big change for a traditional telco so there’s inevitably a certain amount of inertia and friction when they take on digital transformation.

Rakuten doesn’t have that legacy so there’s an opportunity for Netcracker to come in and show what we can do in a pure, digital first environment. Omnichannel is a key requirement and Rakuten wants the customer experience to be easy and simple. They don’t want people waiting for a CSR’s PC screen to update, for example. The attraction for us is the opportunity on the customer experience side to deliver that greenfield, mobile first, purely digital, omnichannel experience.

EF: Rakuten has an ecosystem where customers build value as they participate. The more you participate, the more points you earn and these are put towards loyalty rewards of the type you see with credit card usage in the US. This is not common in telecoms but the idea of loyalty points is not new in general. What’s happening here is that Rakuten isn’t thinking of upselling users to a phone, they’re thinking of the mobile lifestyle, ecommerce and other areas.

Rakuten wants to provide one common experience through one common value transfer concept whereby the more a customer does through its ecosystem of partners, the more they are rewarded. Of course, at some point, the customer pays for these things but they are also rewarded for that.

GM: Do you think this type of proposition could force the pace of CSPs’ transformations as disruptive providers in the mould of Rakuten enter other markets, disrupting traditional telecoms models?

EF: What’s clear is that this isn’t about speeds and feeds and 5G so is this the play that ultimately starts to break open the dam for changing the telecoms business model and transforming CSPs to DSPs? Does this light the fire for constantly expanding the ecosystem and having the platform to offer digital services?

I think that it might. Rakuten doesn’t feel limited to Japan and the company has stated that part of its vision is to extend beyond Japan. Certainly, if Rakuten is successful in Japan it adds to the pressure CSPs are under in their digital transformations.