After Barcelona it’s now a journey to the edge 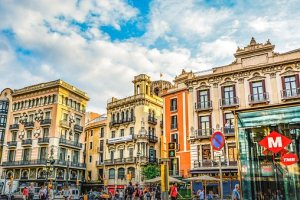 The industry understandably got excited about the prospects of 5G at Mobile World Congress in Barcelona, as new 5G-capable handsets were unveiled and network alliances were sealed to support the technology. But at top of mind, says freelance telecoms writer, Antony Savvas, should be the edge, and what it can do to deliver on the promise of 5G.

Edge computing involves the deployment of computer power, data storage and management closer to the end users of digital content and applications. This allows the associated data to be processed, analysed and acted on locally, instead of being transmitted over long distance networks to be processed at central data centres.

On the run up to Mobile World Congress, Deutsche Telekom and MobiledgeX announced a “world first” in mobile edge, by unveiling a public high-speed edge mobile network that is being trialled by developers on the path to fully commercial 5G.

In the past few weeks, MobiledgeX has also announced its work with edge data centre firm Vapor IO and others in support of the Kinetic Edge Alliance, as well as with the Linux Foundation in support of the LF Edge unified open source edge framework. 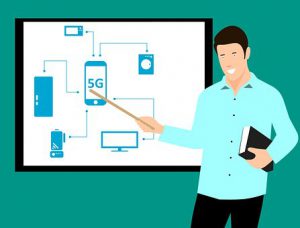 In this vein, network operators must leverage edge computing to ensure 5G’s success, confirms analyst GlobalData. While immersive virtual reality (VR), self-driving cars and remote controlled robots are just some of the things telecoms service providers expect future 5G mobile networks to make possible, says the analyst, it adds 5G networks will, by themselves, be insufficient to support these emerging applications.

“Recent initiatives by large service providers, including Verizon, AT&T and Deutsche Telekom, illustrate the importance that is being attributed to edge computing as an essential component for unlocking the benefits of 5G,” GlobalData says.

In January, Verizon announced that it had successfully tested edge computing technology on a live 5G network at its test-bed in Houston, Texas. According to Verizon, the use of edge computing within its Houston 5G network resulted in a 50% fall in latency.

Chris Drake, principal analyst at GlobalData, says: “The benefits of handling data and running applications locally include cost-savings, based on a massive reduction in the amount of bandwidth that’s required to transport data across long distance networks for processing. Benefits also include the higher performance that’s achieved by running applications closer to end users .”

There are of course security obstacles to overcome when it comes to the edge though, with distributed architectures containing many more locations at which security breaches can occur. That said, many more major players are moving to the edge too.

“Our collaboration with HPE is a major step for driving a fast and smooth transformation towards open standards at the edge in the telco and comms marketplace,” said Karthikeyan Natarajan, global head of engineering, IoT and enterprise mobility at Tech Mahindra.