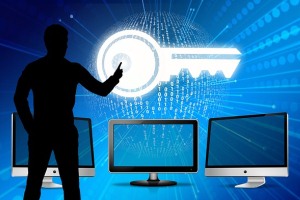 “Our global findings reveal that the threat landscape in the second half of 2018 represents the equivalent of attacks on steroids,” said Hardik Modi, Netscout’s senior director of Threat Intelligence. “With DDoS attack size and frequency, volume of nation state activity and speed of IoT threats all on the rise, the modern world can no longer ignore the digital threats we regularly face from malicious actors capable of capitalising on the interdependencies that wind through our pervasively connected world.”

By drawing on the internet-scale visibility of its Active Level Threat Analysis System (ATLAS) in conjunction with analysis from its ATLAS Security Engineering and Response Team (ASERT), Netscout Threat Intelligence provides a unique view into the threat landscape, demonstrated by a steady stream of discoveries during the second half of 2018.

The ‘TerrorBit attack’ and beyond

Through telemetry on a massive scale, ATLAS delivers visibility into the backbone networks at the core of the internet. Netscout gathers data shared by organisations around the world, including 90% of Tier 1 service providers, representing approximately one third of internet traffic.

Netscout correlates this and other data sets to provide automated data sharing and intelligence, facilitating usage by all internet users, business and private, and giving them a broader perspective to better understand and react to the threats they face.