Building a secure network in the IoT age 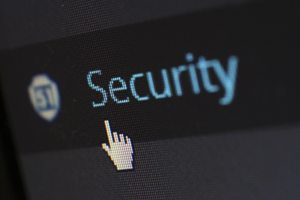 The Internet of Things (IoT) is helping organisations around the world to work more efficiently and achieve better results. The technology offers many promises and there’s no denying that it’s already changing the way that organisations do business.

In fact, says Terry Traina, senior vice president, Engineering at Masergy, the IoT market is seeing great acceleration and research from IDC suggests that IoT spending will continue to soar and hit $1.2 trillion (€1.06 trillion) by 2022.

As projects begin to transition from proof of concept to commercial deployment, it’s important that organisations sit up and take notice of this turning point. In order to reap the benefits of an IoT investment, organisations need to look more closely at the value of the technology. By extending investments and putting the most appropriate resources in place, they will be able to sufficiently support IoT projects at they grow.

Whether it’s embedding sensors in manufacturing equipment to broadcast information about their condition, to ensure proper maintenance. Or, using telematics devices to keep track of vehicles and gather data about drivers and cargo conditions – the value is easy to see.

However, IoT projects aren’t without their challenges and as the number of connected devices grows, so does the risk of cyberattacks. A rise in internet enabled devices not only exponentially increases network traffic but also leaves IT teams tackling the issue and supporting demand. This is where corporate networks which provide deep visibility and analytics become an important area of focus in this fast-moving space. 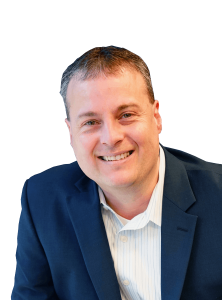 With an influx of devices, organisations need to develop the agility and visibility of their networks in order to succinctly manage them. Ensuring a network can adequately support the advanced needs of IoT is critical, particularly as global markets become increasingly competitive. Adopting technologies such as software-defined networking (SDN) provides a more dynamic approach to network management especially for IoT traffic, as control can be centralised.

SDN is well equipped to handle the additional demand generated by IoT devices and – using features such as advanced segmentation – allows IT teams to quickly create new virtual environments which isolate IoT traffic away from critical infrastructure. This is especially important for security and management purposes as well as providing provisioning resources to deal with spikes in demand.

As mentioned previously, IoT traffic needs effective management in order to minimise security risks. By their very nature, IoT devices are ‘always on’ and this means that they generate and communicate trickles of data. For this very reason it’s important that information is stored, processes analysed and acted upon.

SDN is well positioned to help organisations view all of this information and effectively process and evaluate it in order to drive efficiencies. It also provides a complete record of all network activity which is easily searchable, this is a key component in effectively managing IoT devices and minimising security risks.

While IoT is yet to reach a level of maturity, its impact across the consumer and commercial markets is obvious. With a continued increase in the adoption of connected devices, we’re heading towards a new era of storing, managing and protecting data.

With the right approach, organisations and their IT teams can improve their environments through a combination of monitoring and data insight, allowing them to gain visibility into who and what is connected to the corporate network, and where and when it connected. It’s important that organisations protect their networks in light of the IoT revolution and ensure they aren’t open to increased risks.

The author of this blog is Terry Traina, senior vice president, Engineering at Masergy