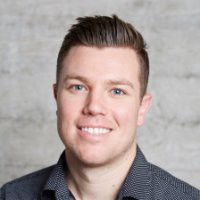 A new has revealed the hidden reality of the prepaid mobile market in developing economies, writes George Malim. Though prepaid is the dominant form of mobile connection – accounting for 71% (5.7 billion) of global mobile connections and 32% (US$265bn) in service revenues in 2018 – the study found that communications service providers (CSPs) in eight developing markets wasted US$670m last year replacing lost customers.

The study, conducted by Strategy Analytics and sponsored by Juvo, analysed eight prepaid-dominant markets: Argentina, Brazil, India, Malaysia, Mexico, the Philippines, South Africa and Thailand and found high churn is having a direct impact on operator bottom lines. In the last year, 90% of subscriber acquisition cost expenditure was devoted to replacing churning subscribers and just 10% to subscription and revenue growth. Subscriber acquisition costs accounted for 2.8% of prepaid opex and 1.7% of prepaid service revenue.

When asked by VanillaPlus if it is possible to put a cost on customer acquisition costs for a prepaid customer, Phil Kendall, the report author and executive director of the service provider group at Strategy Analytics, said: “Prepaid subscriber acquisition costs (SACs) average US$0.8 per gross addition across the eight markets. This is skewed by the two higher volume markets of India and Philippines, where SACs are significantly below US$1, with most other markets more broadly in a US$1.5-2.5 range.”

In APAC it’s common for users to have two or three prepaid SIM cards and switch between them according to the service they’re using – such as for long distance, international or SMS services. This makes it particularly difficult for operators to track their users to identify what parts of a prepaid customer’s business they’re losing.

“This is a common practice globally, but especially so in APAC where dual-SIM phones are much more prevalent,” acknowledged Josh Gosliner, the director of product marketing at Juvo. “In this case, subscriber numbers are unaffected, but the average revenue per user (ARPU) numbers are. As consumers spread their mobile services spend across multiple providers, they drive down average ARPU for an MNO, and thus the return on investment.”

Kendall added: “In these markets with high multi-SIM use, the underlying averages are affected when consumer spend is spread across two or three SIMs, so resulting in lower ARPUs per SIM. SACs are generally linked to the value of the customer being acquired  – hence the much higher postpaid SACs – so are kept low by operators in markets where a single SIM will not bring in all the user’s mobile spend. Multi-SIM use is an issue and something operators target to address. If their analytics or profiling suggests they just have part of a user’s attention they can start offering promotions or tariff offers to attract the other part of use. Building loyalty is naturally going to encourage a consolidation of use onto a single SIM and reduce the frequent SIM swapping patterns.”

Operators in these markets are investing in providing premium content as a means to prevent churn but that means they can’t monetise effectively because they’re using it either to retain or attract customers – rather than to generate revenue. This means that every time something is introduced, competitors follow and it just becomes the new standard offering but Gosliner thinks meaningful service differentiation will take longer for laggards to ape.

“The key is to drive meaningful service differentiation that will take competitors time to replicate,” he said. “Juvo knows first-hand how long it takes for a CSP to launch a new product or service, so the envelope for differentiation is actually greater than one might think. The ideal strategy for a CSP is one in which they have a roadmap of continuous service innovation. This means that every time a new service component launches, when the competition follows suit 12-18 months later, the telco is already rolling out a new innovation that clearly puts them back out in the lead.”

For Kendall, reducing churn is just one tool in CSPs’ arsenals. “Anything that reduces churn is part of the bigger picture of avoiding a race to the bottom on price and promotion,” he said. “CSPs can’t keep offering new services or content for free as a churn reduction tool. And if that offer is easily replicable then the competition follows suit and the churn benefit evaporates. This is particularly true of content, where the costs to offer content through a partner is a variable one linked to the number of subscribers. The alternative is for the operator to acquire, or produce, content which would have a more fixed cost that could be scaled over a larger subscriber base – though brings its own challenges of high upfront costs and potentially a poor skill set within the operator to actually deliver on this. “

“The key to what Juvo is offering is better loyalty based on a stronger customer relationship, not based on pricing or portfolio,” added Kendall. “This does not remove the need for the CSP to compete on those domains, but it certainly gives them more flexibility to charge for those services rather than just use them as a vehicle to keep the gross adds engine ticking over at the level required to cope with high churn.”