Sharing is the best way forward for 5G 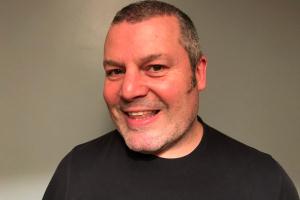 The US$550 million partnership between IBM and Vodafone Business shows how the telecoms industry can perhaps move forward when it comes to coping with the impending market demands from the Internet of Things (IoT), cloud and 5G technologies.

IoT data transport and analytics will have to be handled by a whole new edge infrastructure, says Antony Savvas, companies are rapidly moving towards a hybrid cloud infrastructure and the usual hype around a new mobile technology will see operators getting a sweat on when it comes to trying to deliver with 5G.

Telcos like Vodafone have a vital role to play in the IoT ecosystem and the additional reach and capacity offered by 5G will stand it in good stead. But the vast quantities of data that will be generated and processed by the billions of connected IoT sensors needs a scalable hosting platform, that only the likes of large cloud providers can deliver, which of course is where IBM comes in. Its respected Watson AI analytics platform can also be put to great use.

There is no single supplier that can offer and support the many elements that make up the IoT and 5G value chain, so partnerships will be a pre-requisite going forward. Indeed, this also extends to rolling out the 5G infrastructure itself, simply because it is so expensive to do so on your own.

Vodafone has further committed to partnering in 5G in the UK by extending its existing network sharing partnership with Telefónica UK, by including 5G at joint radio network sites. This will enable both Vodafone and O2 to deploy 5G faster, to offer 5G services to more customers over a wider geographic area, and to do so at a lower cost, the pair said.

In addition, both parties will look to extend greater network autonomy in a number of larger cities by deploying their own separate radio equipment on around 2,500 sites, which represents around 15% of sites outside London. 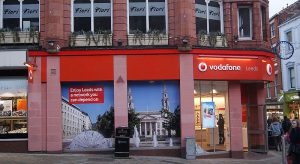 This, they say, will give them “even greater flexibility to meet the needs of their customers”, which hopefully demonstrates that partnerships don’t have to be a competition or technology advancement killer.

Illustrating that point further, the pair intend devolving additional activities to CTIL, the 50:50 owned joint venture company that owns and manages the parties’ passive tower infrastructure. “This will empower CTIL to take an enhanced role in the operation of the passive infrastructure, in order to improve the efficiency of its operations and pursue opportunities to add further third party tenants to the towers,” they said.

Mark Evans, CEO of Telefónica UK, added: “These plans will allow us to utilise the spectrum we acquired in the last auction [for 5G services] very effectively.” The last thing the industry needs is a waste of economic resources of the magnitude last seen after the mammoth 3G spectrum auctions, and the resulting individual and wasteful 3G deployments at the turn of the new millennium, when “partnerships” were regarded as a dirty word.