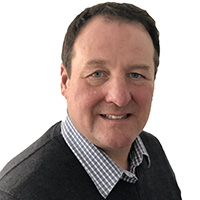 With 2019 underway, Alastair Hartrup, the global chief executive of Network Critical, shares thoughts on key topics that will impact the IT industry, especially for service providers and telecoms. In 2019, network infrastructure and technology will be changing both in terms of good and bad.

5G is on the way, but not this year
5G was a hot topic last year. Many service providers across the world began running trials to test the network and there was confidence that 2019 would be the year that 5G enters the public on a wider scale. Unfortunately, this seems unlikely to be the case. Reports highlight that early testing from major service providers has shown that the technology is an advanced version of 4G as opposed to the next iteration of mobile networks.

Ultimately, those waiting for the 5G revolution this year need to cast their minds back to the initial introduction of 4G. Once 4G was public, service providers were still utilising 3G as its de facto network and upgrading still took time. The same will most likely happen here.

Even if 5G manages to go live at the tail-end of the year, it will be very limited and not close to the wide adoption that many are hoping for. It would also be very consumer focused. Traditionally, enterprise technology adoption has always been a few years behind the consumer, so it makes the idea of enterprise 5G near-impossible.

Even more clouds in the business
Cloud computing has been a hot topic for enterprises for a long time. Over the years there has been a greater adoption of the cloud as businesses begin to see the benefits of its off-premise storage offerings, however, cloud computing also comes with risks. As more data is placed into the cloud the impact its loss will have on a company grows significantly. While many service providers aim for the cloud to be as secure as possible, its nature as a virtual software means that it becomes harder to identify the origin of the problem.

Despite these risks though, the market is growing as more tools are being implemented to both improve the security and efficiency of the cloud. Open-source software like Kubernetes is allowing businesses to make the most of the cloud as they can. Meanwhile, network monitoring tools, along with packet brokers and TAPs, are being introduced in order to improve cloud security by managing incoming traffic and dealing with the large amount of data kept in the cloud. As the tools to make the cloud more reliable and safer are created, so too does the cloud continue to see growth and support from companies. In 2019, this will continue, as the cloud becomes a more mandatory aspect of any workplace.

The move to the virtual office
In previous years, adoption towards virtualisation within IT businesses has been slow. Many service providers and enterprises require large, powerful machines that take up entire warehouses in order to keep their networks up and running. This is costly and not as efficient. Hardware is still relied on due to a long-standing fear that digital applications are more vulnerable to attacks and harder to maintain. However, new advances have helped to mitigate these fears. While new hardware will continue to be made and used by companies, many traditionally hardware-focused solutions, such as packet brokers and TAPs, will begin to go virtual while staying just as reliable as their physical counterparts.

The packet broker market continues to grow
A 2018 report by analyst firm MarketsandMarkets highlighted that the network packet broker market is expected to reach £660.4m (US$860m) by 2023. This is up from the £454m (US$591m) market in 2018, and an annual predicted growth rate of 7.73% during this forecast period. This report truly shows great things are happening within this market. As networks increase in complexity and more data is funnelled through, the benefits of packet brokers, and TAPs, are becoming more apparent.

This is especially true as the packet broker technology begins to advance. Service providers trying to implement 5G will require packet brokers in their databases to filter through and make better sense of the increased traffic.

Packet brokers are also making the jump to digital which saves on both space and power while allowing for a more scalable solution. With this jump to digital, it also means packet brokers can be stored in the cloud now and be more directly involved with networks that are making that move. Packet Brokers can already work within the cloud but the changes we will see this year will improve the reliability and make this solution a stronger one.

All in all, 2019 is going to be a year of change for businesses, particularly for service and telecom providers. There will be many changes both internally with company technology and infrastructure, as well as externally with the services on offer. While not every projection will hit its mark, the new technology adopted in the industry will help improve efficiency and save money, a major benefit to any enterprise going forward.