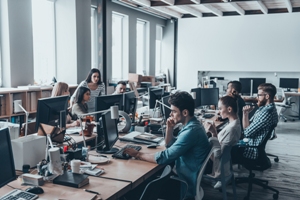 WireGuard is the future of VPN protocols. Already, ipoque detects 70 of the top VPN services worldwide, and aims to detect 100 by June 2019. Launched in 2015, WireGuard is a next-generation, general purpose VPN tunnel. WireGuard boasts a relatively small attack surface that exploits cutting-edge cryptography at superior ease and speed. Running on embedded interfaces and supercomputers alike, its compact code base makes it faster and easier to use cross-platform compared to alternative solutions including IPSec and OpenVPN.

As VPN service providers increasingly include WireGuard, network security vendors need to ensure they are able to manage it.

“The security provided by firewalls and VPNs is only as strong as the protocol rules and policies you create,” said Stephan Klokow, director of ipoque’s DPI technology “Although WireGuard is still experimental, it is finding rapid acceptance. By including WireGuard in our R&S PACE 2 DPI software library, network security vendors can create products that detect and manage WireGuard traffic and stand out in the marketplace.”