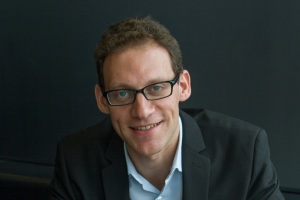 4G/LTE roaming traffic across BICS’ global network grew by more than 95% in 2018 – almost double that of 2017. This continues the trend of significant year-on-year 4G/LTE roaming traffic growth identified by the international communications enabler, and demonstrates a surging subscriber appetite for connectivity, wherever they are in the world.

In 2019 this traffic looks set to increase further, according to BICS, as the estimated 20% of European subscribers still to take advantage of the 2017 ‘Roam Like at Home’ legislation embrace the benefits of cost-efficient roaming. BICS predicts that global 4G LTE roaming growth is likely to increase at 40-50% year-on-year, with knowledge amongst subscribers increasing, and operators offering more competitive packages.

“4G/LTE roaming has opened up a plethora of opportunities for individual subscribers and businesses alike,” says Mikaël Schachne, VP Mobility Solutions, BICS. “However, when demand and reliance increase, so too must supporting infrastructure and service availability.”

Schachne continues: “European subscribers have enjoyed being able to ‘Roam Like at Home’ and now seek high quality, affordable roaming services, wherever they travel. This is forcing operators in other regions outside of the EU to match the European offering by coming together to offer more cost-effective packages to subscribers, while optimising traffic flow at the back-end.”

Since 2014, BICS’ 4G/LTE roaming footprint has grown by 316%, from 44 countries to 183. In the last five years, there has also been a staggering 771% growth in the number of operators using BICS’ roaming solutions. While the total number of operators using 4G/LTE globally has grown from 70 in 2014 to 610 in 2018, the number using BICS’ LTE solution has now reached 200, giving the company a 30% market share.

BICS’ IPX platform, which includes LTE signalling, allows service providers to exchange IP traffic bilaterally to any IPX destination, through a single interconnection which manages service quality. Operators are able to establish roaming and inter-working agreements with other over 610 members on the network. The platform allows customers to offer their subscribers high quality data roaming with other MNOs, MVNOs, MVNEs, fixed network operators, ISPs and ASPs globally.